The yet-untitled film will see Shah Rukh playing a dwarf and Rai says the project is an important one for both of them. 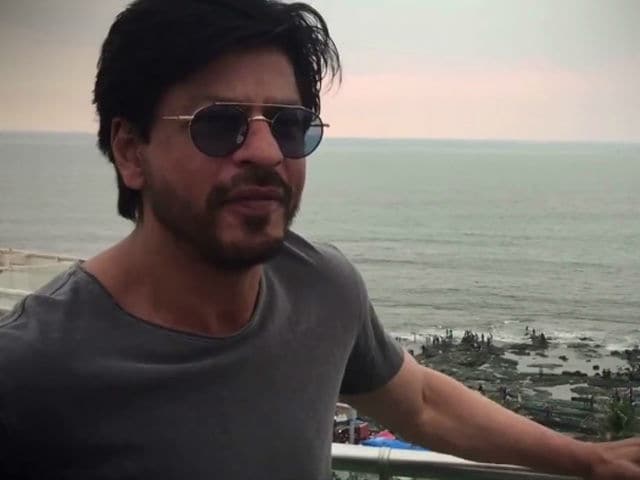 Director Aanand L Rai is hoping to raise the bar with his next venture starring Shah Rukh Khan, which will go on floors this December.
The yet-untitled film will see Shah Rukh playing a dwarf and Rai says the project is an important one for both of them.
"It is a very important film not only for me but for all of us, because it is one of a kind. It has unique content. I have a reason to tell this story. I want to raise the bar for myself every time I make a film," Rai said in an interview.
Deepika Padukone and Parineeti Chopra are in the fray to join SRK in the film but the 45 year-old director did not confirm the female lead's name. "We start shooting the film in December. I will announce the actress in a month's time."
Meanwhile, Rai is gearing up for the release of his production Happy Bhag Jayegi which stars Abhay Deol, Diana Penty, Ali Fazal and Jimmy Sheirgill.
The filmmaker says he is enjoying his stint as a producer.
"Producing a film is a tough choice. Direction comes naturally. I enjoy telling stories. I am not making movies that quickly so why not I help others tell their stories."
Happy Bhag Jayegi is about a girl who accidentally crosses the border to Pakistan while running away from her wedding.
Abhay, who plays a Pakistani boy, hopes people will come and watch the cross-border comedy. "If an artiste wants to make a comedy film then why not put that out because it is another alternative to fighting with guns. Why shoot with a gun, you can shoot with a camera as well.
"Culturally we are not very different. In seventy years, no one can wipe out thousands of years of same culture. I hope people will watch it," Abhay said.
Directed by Mudassar Aziz, Happy Bhag Jayegi will hit theatres this Friday.