"I have heard three songs and they are amazing. I have heard the title track, it is one of the nicest ballet. It is fantastic," said Shah Rukh khan 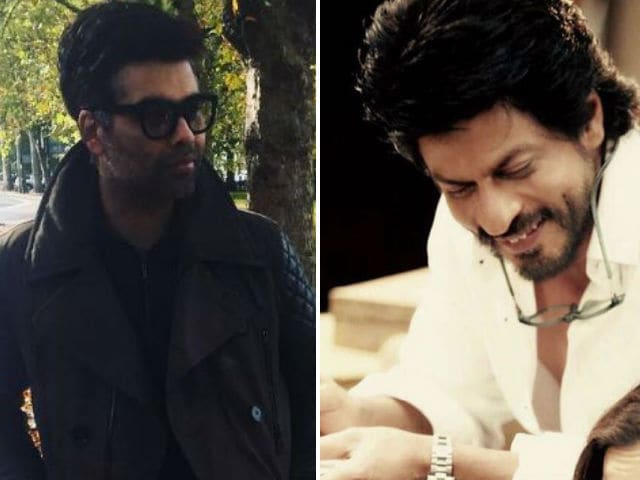 These images were posted on Instagram by Karan Johar

Filmmaker Karan Johar said that his eyes welled up when actor-friend Shah Rukh Khan praised the music of Ae Dil Hai Mushkil as SRK's opinion matters to him the most.
"It is very kind of Shah Rukh Khan to say that. I am excited about it (film and music). Shah Rukh's opinion matters to me the most. I was moved to tears when he said that," Karan told PTI when asked about SRK praising the music of his upcoming film.
There were reports that SRK saw the trailer of Karan's film and was unhappy with it (trailer) and has asked him (Karan) to make some alterations.
However, SRK had denied seeing the trailer and had rather appreciated the songs.
"I have heard three songs and they are amazing. I have heard the title track, it is one of the nicest ballet. It is fantastic," the Dilwale star said.
Ae Dil hai Mushkil stars Aishwarya Rai Bachchan, Anushka Sharma, Ranbir Kapoor and Fawad Khan the film releases this Diwali. Ae Dil Hai Mushkil will clash with Ajay Devgn's Shivaay.
When asked about the clash, KJo chose not to comment and just nodded his head.
(Except for the headline, this story has not been edited by NDTV staff and is published from a syndicated feed.)