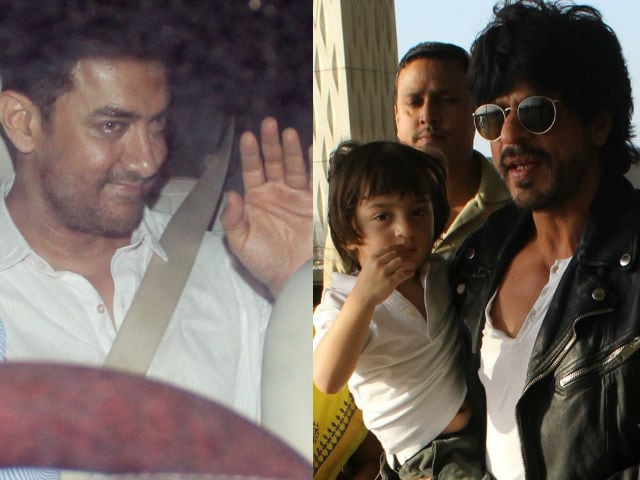 
@aamir_khan thank u for the toys. AbRam is still awake and playing with them!!!!!

To this Aamir replied:


@iamsrk :) I'm so happy AbRam likes the toys. He's a really cute kid. God bless and lots of love. a.

Aamir met two-year-old AbRam when he attended Shah Rukh's party for Apple CEO Tim Cook at his bungalow Mannat on May 17.
AbRam will turn three this month.
Meanwhile, Aamir is gearing up for the release of his film Dangal, which releases in December, this year. Shah Rukh will be seen in January 2017 release Raees.