Shahid Kapoor: Hamlet's Role Made Me Feel Inadequate as an Actor 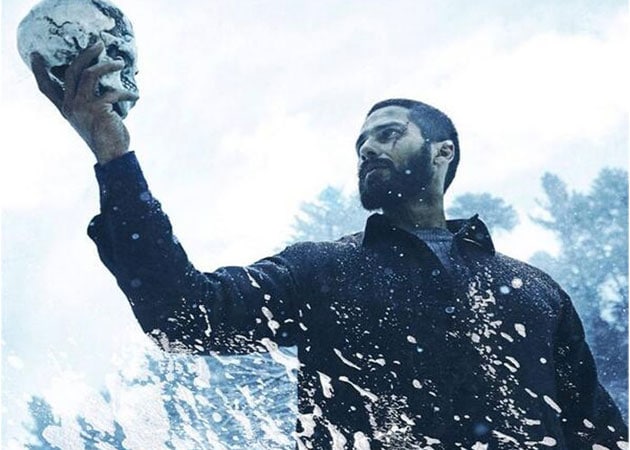 Shahid Kapoor in a still from Haider.

Shahid Kapoor, who has teamed up with Vishal Bhardwaj for Haider, an adaptation of William Shakespeare's tragedy Hamlet, says that he felt insecure and uncertain as an actor while playing the character.

Shahid Kapoor, who has teamed up with Vishal Bhardwaj for Haider, an adaptation of William Shakespeare's tragedy Hamlet, says that he felt insecure and uncertain as an actor while playing the character.
Haider completes Vishal's trilogy of Shakespearean tragedies after he successfully adapted Macbeth in Maqbool and Othello in Omkara. (Also read: To Be or Not To Be: Haider's Shahid Grapples With his Inner Demons )
Shahid and Vishal worked together in the 2009 film Kaminey.
"Vishal sir gave me the best role of my life in Kaminey. It is amazing to work with him again. It is a rare opportunity and very few actors get to play Hamlet.
"This is one role that makes you feel very inadequate as an actor. When I was on the sets, I used to run to everybody for assurance. I would ask Vishal sir and the cast members 'Do you think I got it right'," Shahid told reporters during the trailer launch of the film, which releases on October 2.
Vishal said he never thought that the project, which had a long gestation period, would see the light of the day. (Also read: Shahid Kapoor Went Bald for Just One Scene in Haider)
The director said that he chose Kashmir as a backdrop because the family drama of Hamlet fit into the situation.
"Once I imagined this film as an espionage thriller but Gulzarji scolded me, saying 'What are you doing to Hamlet?'.
During that time I was reading Basharat Peer's Curfewed Night and it made a huge impact on me. Hamlet is a family drama and the backdrop of Kashmir suited my story," Vishal said.
The director, who has made beautiful children's films like Makdee and The Blue Umbrella, is equally famous for his gangster dramas but Vishal does not believe that he is attracted to dark stories.
"I am attracted to human conflict. Negative and positive are within us. These conflicts make stories. Hamlet was written four hundred years ago and its beauty is that you can adapt the story in any situation or culture because it is about basic human conflict," he said.
Shahid, who was last seen in R... Rajkumar, says for once it was exciting to play a character which was not black and white.
"Very few filmmakers give you the opportunity to act which demands from them more than what they are used to giving. Vishal has been that filmmaker. When he calls for you a project, you know that it is not something regular or run-of-the-mill," Shahid said.
The film also stars Tabu, Kay Kay Menon and Irrfan in pivotal roles and has been produced by Vishal Bhardwaj and Siddharth Roy Kapur.
Tabu and Irrfan have teamed up for the second time with Vishal Bhardwaj after Maqbool.
"Kay Kay Menon is one actor that I wanted to work for since a long time. I am happy that I am finally working with him," Vishal said.