Shahid Kapoor: I wish I had done more films 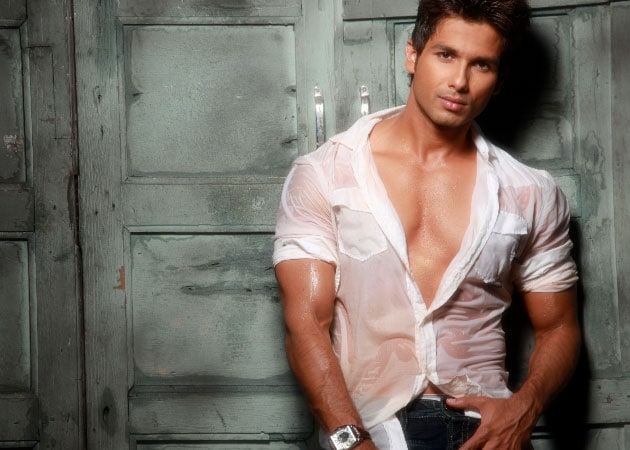 Shahid, who made his Bollywood debut in 2003 with Ishq Vishk, has so far starred in just 20 films.

After completing a decade in Bollywood, actor Shahid Kapoor is happy with the way his career has shaped, but regrets not doing enough films in the past ten years.

After completing a decade in Bollywood, actor Shahid Kapoor is happy with the way his career has shaped, but regrets not doing enough films in the past ten years.
The 32-year-old actor made his acting debut in 2003 with the college drama Ishq Vishk and has so far starred in just 20 films.
Shahid feels he should have presented himself more often on the big screen to the audience, which in turn would have catapulted him to greater success.
"The one mistake that I made was I did very little work. I think that is not good. As an actor you need to go out there, show yourself to the audience twice or thrice a year, at least at this stage of my career.
"I am not 45. I am not at that stage where people have seen twenty years of my work. So I feel it is important to keep presenting yourself to the audience. There will be times they will like you, there will be times they will not like the film. I have learnt over ten years that films will come and go, but people must like you. And therefore your performances must be consistent," Shahid said.
Shahid's career so far has been defined by a collection of soaring highs and dispiriting lows. He tasted success with his debut movie but could not follow it up with his next films until Vivah in 2006.
His other successful outings have been Imtiaz Ali's Jab We Met in 2007 and Vishal Bhardwaj's 2009 film Kaminey, which is arguably Shahid's best performance till date.
"I have seen some very successful periods and some very unsuccessful periods. But I think it is most important to recognise that you need to work with the right people. You have to keep working without changing who you are and how you are," Shahid said.
The actor, who is the son of Bollywood veteran Pankaj Kapur, says because of the uncertainty in his profession, it gets difficult to take the right decision at times.
"As it is such an unpredictable field that it is all about timing. You always take decisions which can go either way. You can never know that a film will surely do well. So sometimes when the time is good the decisions turn out to be great. But when you are going through a bad phase, it goes against you," Shahid said.
The actor, who was last seen on the big screen in 2012 film Teri Meri Kahaani, is gearing up for the release of Phata Poster Nikhla Hero on September 20.
The action-comedy has been directed by Rajkumar Santoshi, who has earlier tickled the audience's funny bone with Andaz Apna Apna in 1994 and Ajab Prem Ki Ghazab Kahani.
Shahid plays the character called Vishwas Rao, an aspiring actor mistaken as a super cop.
"It is the first time I am doing a comic character of this kind and it is a very new genre for me. I have never really done a masala action comedy in my career or played a character which makes the hero like entry and delivers very filmy dialogues. So I was very keen to know how it will feel," he said.
The actor is all praise for his director, who he thinks has brought out the best of his comic side in the film.
"When I heard the script, I found it extremely entertaining. Rajji acted out every character from the film during the narration. I knew that I am with a director who is very clear about what he wants from me as an actor. He said this is the character to entertain the audience, so that they enjoy themselves with all the buffoonery that he does," Shahid said.
The actor, who is currently shooting Prabhudeva's Rambo Rajkumar opposite Sonakshi Sinha, is reuniting with Bhardwaj again and this time for an adaption of William Shakespeare's popular tragedy Hamlet.
The film titled Haider will be Bhardwaj's final film in the Shakespeare trilogy after he successfully adapted Macbeth to Maqbool and Othello to Omkara.
"I feel fortunate that he has offered me another film and we will be working together again. He is a phenomenal director. He has given me the best role of my life. The role in 'Haider' will be very challenging. Some very fine actors have played Hamlet in the past.
"It is a complex role and I am happy that I am doing a dark edgy, performance oriented film after Phata Poster Nikhla Hero and Rambo Rajkumar. These two are meant to entertain the audience and then I get to challenge myself as an actor in Vishal's sir film," Shahid added.