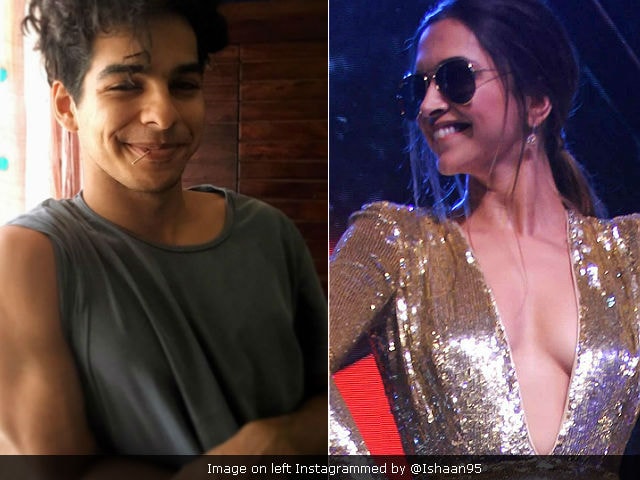 Yes, actor Shahid Kapoor's half-brother Ishaan Khattar is all set to star in a feature film and Shahid (sort of) confirmed it on Instagram. The actor posted a picture with his 21-year-old brother and captioned it: "This ones ready to fly. Make us proud @ishaan95 (sic)." Now, Shahid did not reveal the variable of Ishaan's big flight but Mumbai Mirror confirms that Shahid will start filming for Majid Majidi's Indo-Iranian film Beyond the Clouds. Does that name ring a bell? You guessed it right. Beyond the Clouds is the same film for which actress Deepika Padukone gave a look test last year. Deepika's role is yet to be confirmed but the film's producer Shareen Mantri Kedia told Mumbai Mirror that Ishaan is definitely onboard. Trivia, Shahid is working with Deepika in Sanjay Leela Bhansali's Padmavati.
"He is a superb actor, was amazing in his look test and suits the character Mr Majidi was looking for. Ishaan will play someone deeply connected to the ground and to the city," Shareen told Mumbai Mirror. The film will reportedly be shot across Mumbai and in Jaipur.
As for Deepika, last year her pictures in her without-make-up persona went viral and many assumed that she's collaborating with the acclaimed Iranian director, however when asked directly, all Deepika told news agency PTI: "You will know soon."

Earlier reports suggested that Ishaan would make his big screen debut with Saif Ali Khan's daughter Sara Ali Khan in the remake of either Hollywood film The Fault In Our Stars or Marathi film Sairaat.