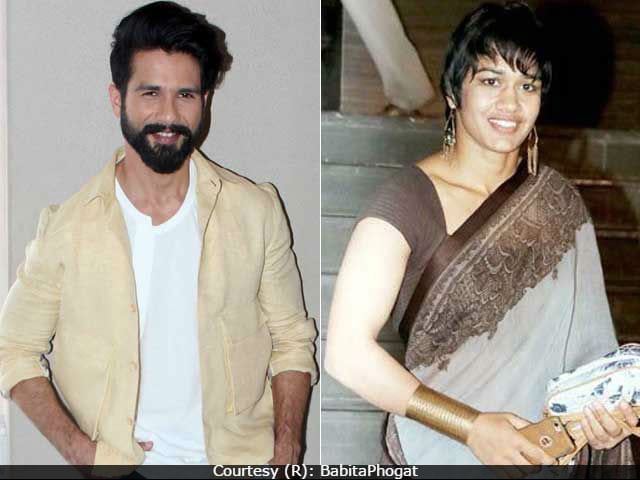 
Haha that's so sweet of you babita. You really are such an inspiration. https://t.co/tBKeQ2pHdV

Dangal portrayed the wrestling journey of the Phogat sisters and the perseverance of their father Mahavir Singh Phogat. Aamir Khan played Mr Phogat's role while debutants Fatima Sana Shaikh and Sanya Malhotra featured as Geeta and Babita Phogat. Dangal made over Rs 385 crore at the box office and was one of the most-celebrated films of 2016.
Meanwhile, Shahid Kapoor collaborated with Vishal Bharadwaj for the third time for Rangoon. He has worked with Mr Bhardwaj in Kaminey and Haider. Rangoon also stars Kangana Ranaut and Saif Ali Khan and has made Rs 17 crore at the box office. The film is an intense love story set in the time of World War II. After Rangoon, Shahid will be seen in Sanjay Leela Bhansali's period drama Padmavati co-starring Deepika Padukone and Ranveer Singh.