Shahid Kapoor may share Misha's photograph with fans on his birthday 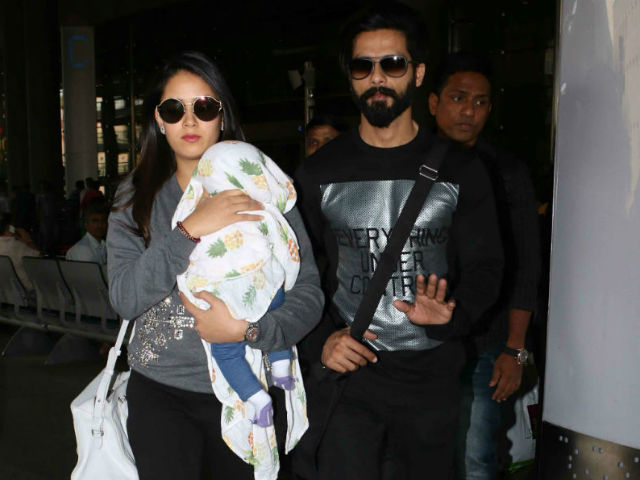 After protecting his daughter from the limelight, actor Shahid Kapoor told news agency PTI that he will be sharing a picture of Misha soon. The Udta Punjab actor and Mira Rajput became parents to their first child on August 27, 2016. "I will share her picture soon, maybe this month. I am waiting for a special day. Maybe on my birthday," Shahid told PTI. The 35-year-old actor had recently shared a glimpse of his daughter on Instagram. The father-daughter duo was seen enjoying the sunset by the sea. Shahid Kapoor will be celebrating his 36th birthday on February 25. Here's the post that Shahid recently shared:


Sunsets with my angel.

The Jab We Met actor told PTI that bringing Misha in front of the shutterbugs will be a "little odd". The doting father said: "But introducing her to the paparazzi is little odd. I will share her picture soon. We are very happy to share her picture with everybody." Shahid Kapoor has often been spotted at the airport with his wife, protectively holding his daughter. Earlier this year, the Haider actor had also shared a picture of his daughter's tiny feet, captioned: "Mi-shoe"

On National Girl Child Day, recently, Shahid Kapoor shared a heartwarming message for Misha on Twitter. In his tweet, Shahid wrote: "Misha is better than anything I could ever ask for. Every girl is truly a blessing to the entire family."

Shahid Kapoor was last seen in 2016 movie Udta Punjab. He will next been seen sharing the screen space with Kangana Ranuat and Saif Ali Khan in Vishal Bhardwaj's Rangoon. The film is a romantic drama set during World War II. Shahid Kapoor is currently busy shooting for Sanjay Leela Bhansali's historical drama Padmavati which also features Deepika Padukone and Ranveer Singh in the lead roles.
(With PTI inputs)