In case you missed the catch, Misha is the result of half part Mira (Mi) and half of Shahid's (Sha) names 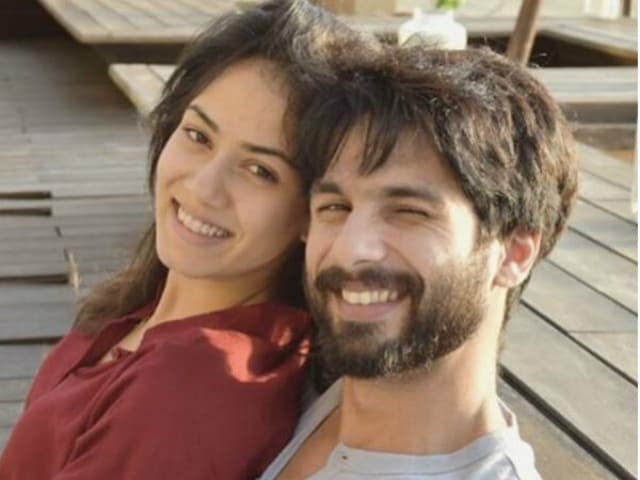 Actor Shahid Kapoor and wife Mira Rajput welcomed a baby daughter on August 26 and the newly-turned parents have finally named their daughter after having consulted a spiritual guru in Amritsar. Shahid and Mira have zeroed in on the name Misha.
On Monday morning, Shahid made the announcement very subtly in the most adorable way on Twitter:


Misha Kapoor makes it impossible for daddy to go anywhere.#obsesseddaddylife

In case you missed the catch, Misha is the result of half part Mira (Mi) and half of Shahid's (Sha) names.
A report in Filmfare states that Shahid and Mira travelled to Amritsar recently along with Shahid's father Pankaj Kapur to decide a name.
Shahid and Mira married in July 2015 and Misha (if we may call her so) is their first child.

Shahid announced the baby news on Twitter this way:

Earlier, Shahid's mother Neelima Azeem shared an update of sorts saying the baby looks "absolutely gorgeous". She told IANS: "I thank everybody for their wishes and support. Both mother and daughter are doing fine and my granddaughter looks absolutely gorgeous. Their parents are so happy. It's the fourth generation."

Earlier in September, when Shahid was asked about Mira, he told Filmfare : "In many ways I feel protected by Mira. Although she is young, she is self-assured. We talk about many things and she gives me interestingly different point of views, which I respect."

Shahid also added: "I am protective about everyone I love. But I feel equally protected. When you have somebody who loves you, around you, someone who is looking out for your best interests, it makes you feel safer."
Shahid Kapoor, 35, will be soon seen in Vishal Bhardwaj's Rangoon, co-starring Kangana Ranaut and Saif Ali Khan.