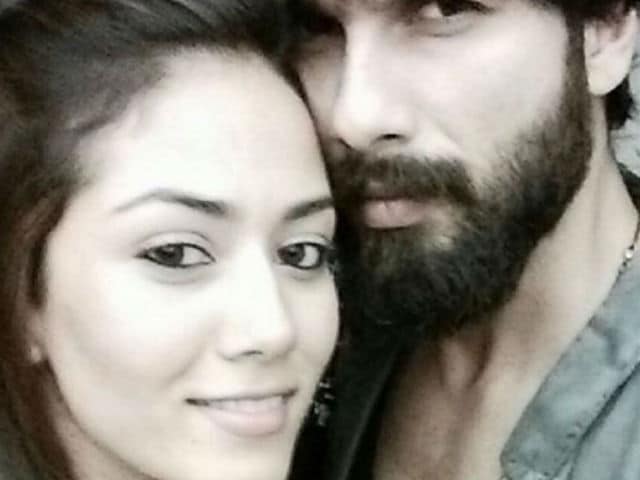 Shahid Kapoor wished his fans "#happyholidays' and posted a selfie with "his Santa", wife Mira Rajput. Yes, a little late to the Christmas party. Nevertheless, the couple looked cute as ever. Shahid also shared another picture from the sets of his upcoming film Rangoon, which is directed by Vishal Bhardwaj

A little late to the Christmas party, but actor Shahid Kapoor introduced his fans to 'his Santa' on photo sharing site Instagram on December 27:

Shahid Kapoor posed with his wife Mira, dressed in red, from the sets of his upcoming film Rangoon. Shahid's moustache belongs to his character from the film, in which he plays the role of a soldier. The film is set during World War II. (Also Read: Shahid Kapoor Reveals His Look in Rangoon on Instagram)
Shahid also shared another picture from the film's set:


Chillies with the crew .