Shahid Kapoor teases fans by posting a still from his upcoming release Rangoon, which you don't want to miss 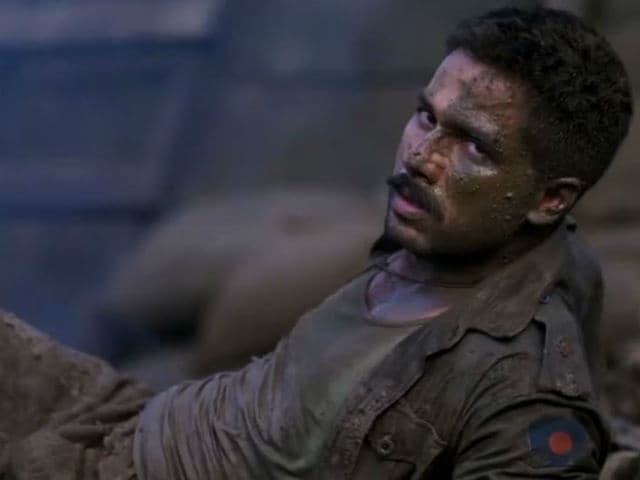 Rangoon: A still from the movie featuring Shahid (courtesy: shahidkapoor)

The Rangooncast is on a roll promoting the movie, and continuing the trend, Shahid Kapoor shared a new still from his upcoming release. The still, shared by the 35-year-old actor on Thursday, also features Saif Ali Khan and Kangana Ranaut with the actor. The picture depicts an intense scene where Saif is pointing a gun at Shahid, whose back is turned, while Kangana stands by shocked, surrounded by soldiers. The Haider star skipped captioning the image and left it to his fans and followers to speculate. Shahid, Kangana and Saif form the three points of a love triangle in Rangoon, directed by Visual Bhardwaj.
Here is the image Shahid Kapoor posted on his Instagram account: