Shahid Kapoor Proposed To Wife Mira Rajput. Her Answer Is... 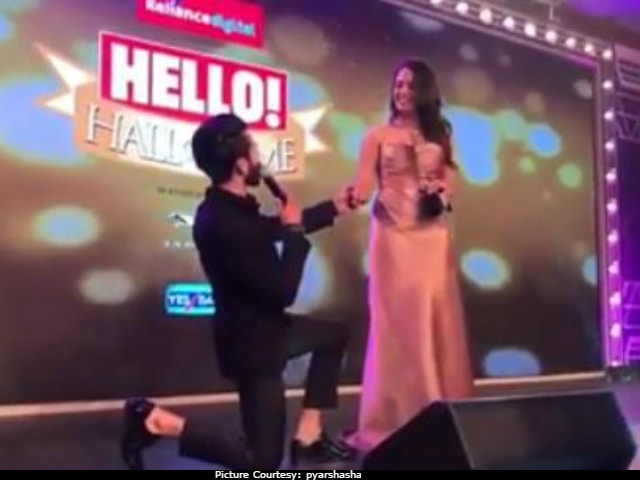 Actor Shahid Kapoor and his wife Mira Rajput are arguably one of the most adorable couples of Bollywood. Shahid and Mira recently attended the Hello! Hall of Fame Awards and were presented with the Stylish Couple title. Shahid and Mira took the limelight when the actor got down on his knees to propose his wife while they were on the stage to receive the award. In the video shared by Shahid's fan, the Udta Punjab actor can be seen proposing to Mira and she replied: "I will have to think about it," and then she added: "I agree to marry you again." The actor later said "Okay. Let's not embarrass each other anymore."


When Shahid Kapoor went down on his knees and proposed to Mira Kapoor . . @shahidkapoor #shahidkapoor #mirakapoor #hellomagindia

The 36-year-old actor shared with his fans on social media that Mira, 24, was "very happy" to receive her "first" award. "Thank you hello for the award. Made Mira very happy. Her first," his tweet read. Shahid and Mira, who got married on July 7, 2015, have always remained off the charts for their style may it be their appearance at Koffee With Karan or on red carpets.


Thank you hello for the award. Made Mira very happy. Her first https://t.co/IhQozmx9ZX

Mira and Shahid looked stylish at the award function too. Mira wore a pink satin gown by Monisha Jaising, while Shahid sported a black Armani jacket, layered over a pair of black Gatsby-Aliph trousers and a black Ashish N Soni shirt. The actor teamed his tuxedo with a pair of glossy black formal shoes.

Shahid and Mira at the award show

Apart from Shahid-Mira, Hrithik Roshan, Alia Bhatt, Katrina Kaif, Twinkle Khanna and Amitabh Bachchan were also awarded for their outstanding work in Bollywood. Have a look at who wore what at the award night. 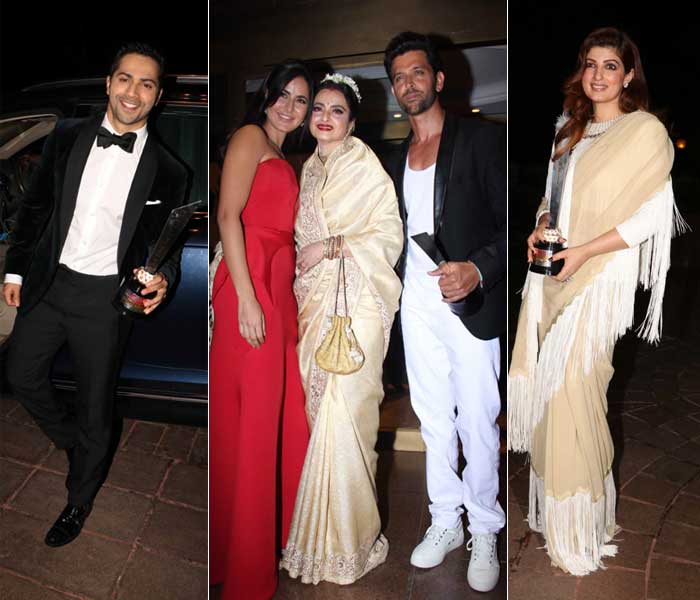 Meanwhile, Shahid Kapoor, who was last seen in Rangoon along with Saif Ali Khan and Kangana Ranaut, is all set to start shooting for Sanjay Leela Bhansali's Padmavati. Padmavati also stars Deepika Padukone and Ranveer Singh in the lead roles. The film is scheduled to release in November, this year.