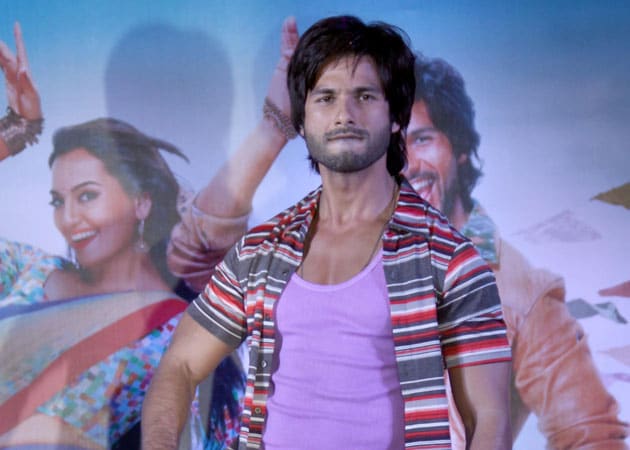 After giving series of flops, actor Shahid Kapoor finally delivered a hit with R...Rajkumar and says the film's success has brought him a huge relief.

After giving series of flops, actor Shahid Kapoor finally delivered a hit with R...Rajkumar and says the film's success has brought him a huge relief.
His last successful film was 2009 release Kaminey and after that most of his releases such as Chance Pe Dance, Mausam, Teri Meri Kahaani, and Phata Poster Nikla Hero bit dust at the box office.
"R..Rajkumar's success has given me a huge relief. I was very excited with the response. I had never done a massy film where the audiences clap and whistle over your dialogues. I am very happy at the moment," said the actor, who delivered dialogues like "Silent hoja, nahin toh main violent ho jaaonga" in the movie.
According to trade analyst Taran Adarash's tweet, director Prabhu Deva's R...Rajkumar, an action-based typical masala movie, which saw Shahid and Sonakshi Sinha as the lead pair, earned Rs 64.43 crore in the first two weeks.
In fact, his father Pankaj Kapur is very happy for him.
"My dad loved the film and he is very happy with the success of the film. He has asked me to keep doing different kind of films. My father watched the film in a screening while my mother and my brother watched it in a single screen," said the 32-year-old who worked in his father's directorial venture Mausam, which was also not a hit.