Shahid Kapoor baby: Shahid and Mira married in July 2015 and Misha is their first child together 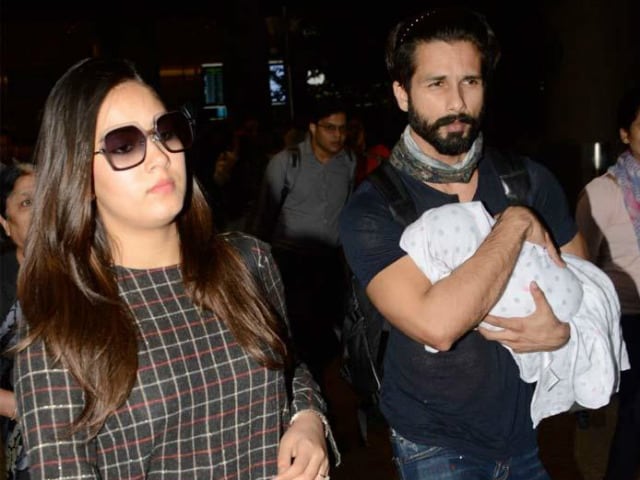 Actor Shahid Kapoor could not resist sharing a picture of his baby daughter Misha on Saturday and it is so adorable. Shahid and wife Mira welcomed their first baby on August 27 and have named her Misha, an amalgamation of the names Shahid and Mira. The new parents have made a number of public appearances after Misha was born - they have been spotted navigating in and out the Mumbai airport, at dinner dates and lunches, sometimes with three-month-old Misha in tow. But Shahid and Mira have taken great pains to shield Misha from the prying cameras so far. Shahid and Mira married in July 2015 and Misha is their first child together.
Here's a glimpse of Misha. Aww-dorable, isn't it?

Shahid was photographed taking his baby girl home from Hinduja hospital in Mumbai on August 29, two days after Misha was born. 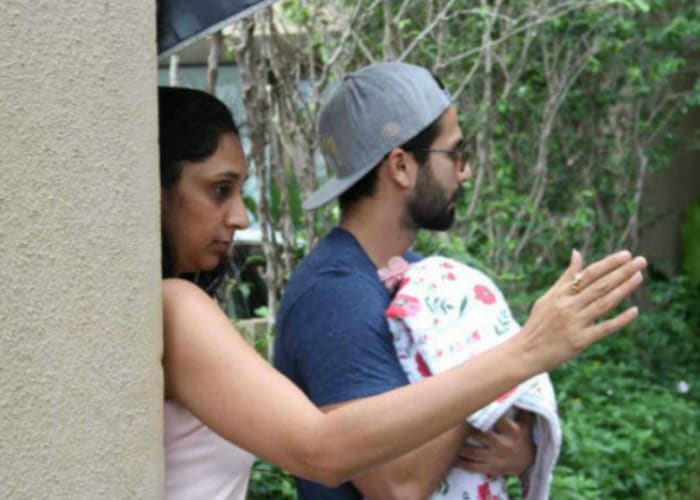 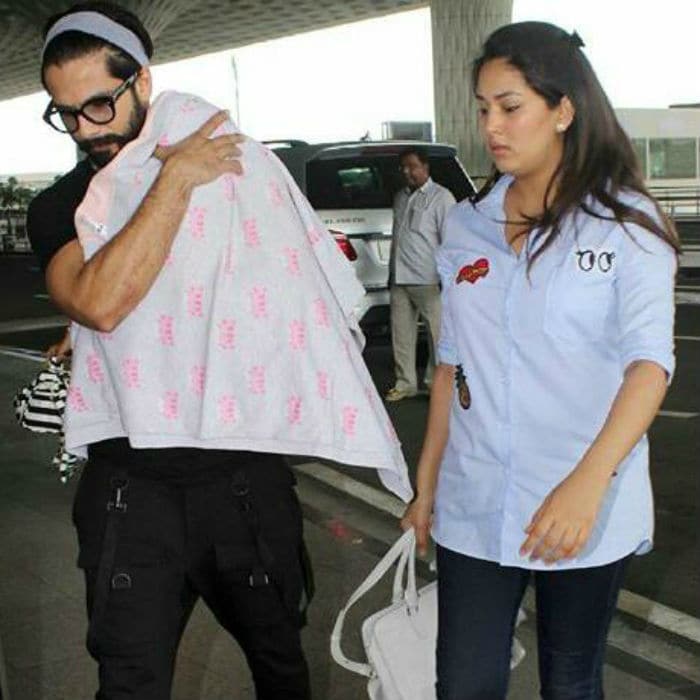 Shahid Kapoor, 35 and Delhi-girl Mira, 23, were busy after the baby's arrival in August. It is only October onwards that they were photographed walking out of Mumbai restaurants, hand-in-hand every time. 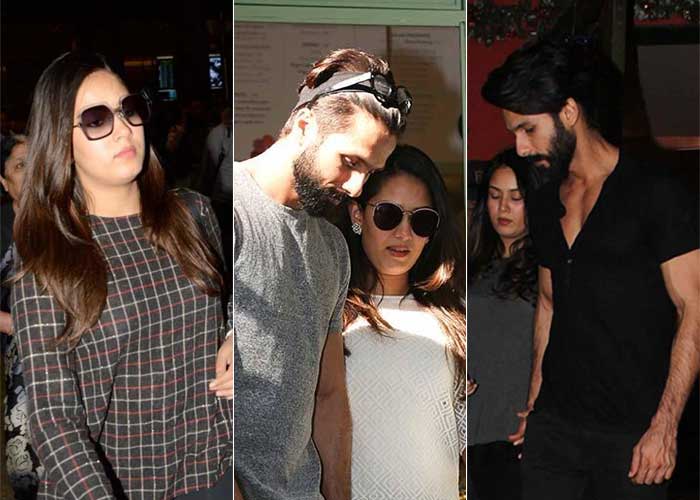 Meanwhile, the star couple is all set to debut on Karan Johar's weekly talk show Koffee With Karan 5. The Shahid-Mira episode is scheduled for January 1 - this will be Mira Rajput's maiden appearance on television. The couple are expected to make many a revelations about each other and it is reported that Mira will also spill the beans on how the Shahid-Mira wedding actually happened.