Shahid Kapoor's Tweet About Daughter Misha Is A Must Read

Shahid Kapoor said: "Misha is better than anything I could ever ask for" 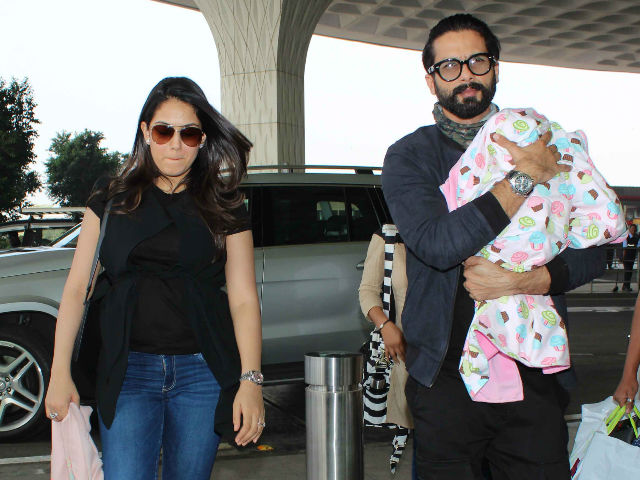 Misha is Shahid and Mira's first child together

On National Girl Child Day, actor Shahid Kapoor, who recently became a father, shared a heartwarming message for his almost five-month daughter Misha on Twitter. Shahid Kapoor married Delhi-based Mira Rajput in July 2015 and they were blessed with a baby girl on August 27. This is the couple's first child together. In his tweet, Shahid wrote: "Misha is better than anything I could ever ask for. Every girl is truly a blessing to the entire family." The 35-year-old actor may shy away from showing his daughter's face in front of the paparazzi but he wears his heart on his sleeve when talking about his baby girl.
Read Shahid Kapoor's heartfelt note for Misha:

Yep, that's the best pic of Misha, Shahid has shared so far.
Shahid and Mira Rajput, 24, recently appeared on Karan Johar's chat show Koffee With Karan and their PDA and busted secrets fodder for discussion for days. Shahid and Mira couldn't keep their hands off each other for quite a while and their PDA even made KJo slightly uncomfortable.
Last year, Shahid featured in critically acclaimed Udta Punjab, for which he bagged a Filmfare too. The film also starred Alia Bhatt, Diljit Dosanjh and Kareena Kapoor Khan.
Meanwhile, Shahid Kapoor is prepping for the release of Vishal Bhardwaj's Rangoon co-starring Saif Ali Khan and Kangana Ranaut. The film releases on February 24. Rangoon is Shahid's third collaboration with Vishal Bhardwaj after Kaminey and Haider, both of which were critically and commercially successful.