Shahid Kapoor's Wedding: What Went Down at the 90-Minute Shaadi 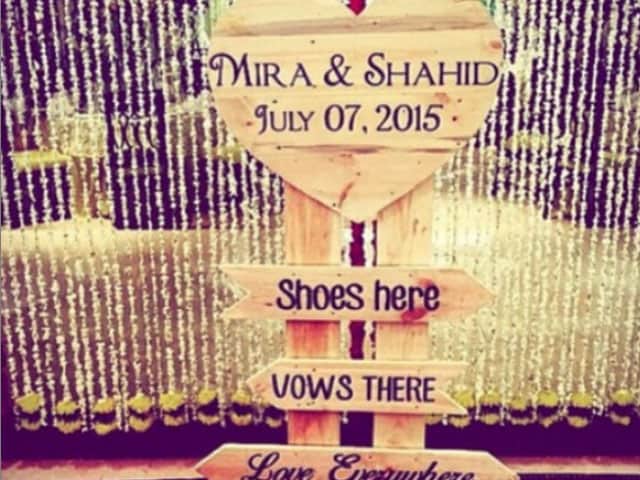 This year's big fat Bollywood wedding has come and gone and while it may not have been as big and fat as Bollywood is used to, it left a trail of broken hearts in its wake as former eligible bachelor Shahid Kapoor, 34, married Delhi girl Mira Rajput, 21, on July 7. Here's a definitive look at what went down.
The wedding:
At 11am on Tuesday, Shahid and Mira were married as per Arya Samaj rituals at a farmhouse in Rajokri allegedly belonging to members of the Radha Soami Satsang to which the families of both the bride and groom also belong. Security was heavy, with the street outside turned into a virtual fortress to keep out both the press and would-be gatecrashers. The ceremony lasted for 90 minutes and was witnessed by 40-odd guests, mostly close family and a select group of friends. No press were allowed in but fanclubs and friends posted pictures on social media.

Man of the moment in @kunalrawalvibe ! You go boy! pic.twitter.com/WuF5OPXOXO

Mr and Mrs Shahid Kapoor:
After the wedding, the newlyweds made their first official appearance together at a photo-op at the Trident Hotel in Gurgaon. Amid cheers of 'congratulations, bro,' Shahid introduced his new bride to the world. Cameras allowed a better look at their wedding finery - Mira wore a pale pink Anamika Khanna lehenga and Shahid was dressed in a cream sherwani by Kunal Rawal. 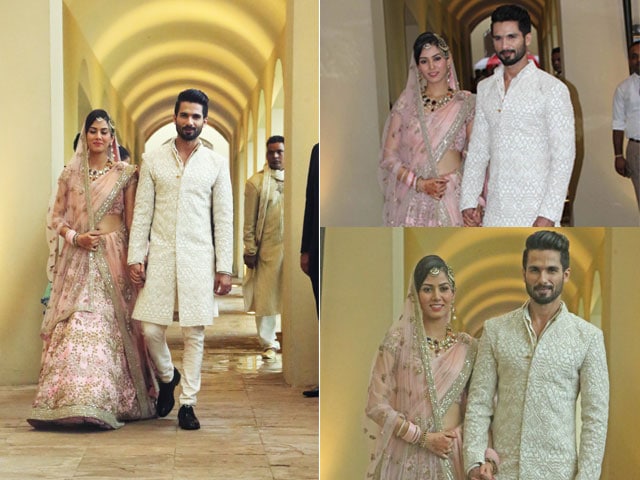 Image courtesy: Manoj Kesharwani, Varinder Chawla
The after-party:
500 guests were invited to a grand reception later that evening at the Oberoi Hotel in Gurgaon. Shahid and Mira were spotted mingling with guests, Shahid's father Pankaj Kapur showing them around. This is the event to which invites had been sent out, pictures and details of which we made available some days ago.

This image was posted on Instagram by Priyanka Khosla

The menu:
The wedding feast consisted of vegetarian fare, in keeping with the Radha Soami principles. Among other goodies, these personalized chocolate bars were created for the shaadi by Delhi-based bakery Smitten: 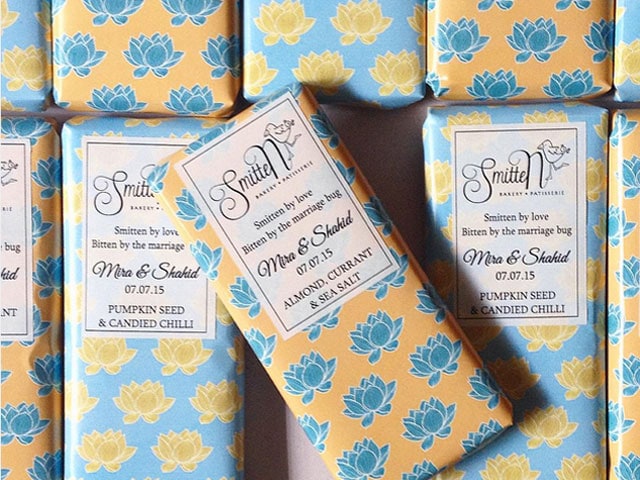 This image was posted on Instagram by smittenbakery
The sangeet:
The night before, Shahid and Mira set the dance floor on fire to Mauja Hi Mauja and Sajh Dhaj Ke Rehna from the actor's films Jab We Met and Mausam. Mira was dressed in a yellow and peach lehenga by Anita Dongre and Shahid wore a red on red ensemble.

The mehendi:
Pre-wedding festivities also included a mehendi at which Mira was photographed wearing phoolon ka gehna. A report in mid-day quotes Reshma Ruhi, one of the women who was engaged to apply the mehendi, as saying, "We had been called to do the mehendi for six people. I was called through a common friend of the Rajputs. The bride opted for a full design on her palms and a small pattern outside with a delicate floral henna art on her feet." Mira also had her husband-to-be's initials inscribed on her palms, as is the tradition. Shahid's mother Neelima Azim and other guests also had mehendi applied to their hands.

The guest list:
Shahid's ex-girlfriend Kareena Kapoor was not at the wedding despite having told the press she would attend if an invite came her way. Family members photographed included Shahid's parents Pankaj Kapur and Neelima Azim, step-mother Supriya Pathak and step-siblings Sanaah and Ruhaan Kapoor. The baraatis also included designer Masaba Gupta and her producer husband Madhu Mantena, choreographer Bosco Martis, photographer Rohan Shrestha, designer Kunal Rawal and producer Mubina Rattonsey. The wedding party stayed at the Trident Hotel, next door to the Oberoi in Gurgaon, where 50 rooms were booked for guests plus the grand Presidential Suite for Shahid and Mira. 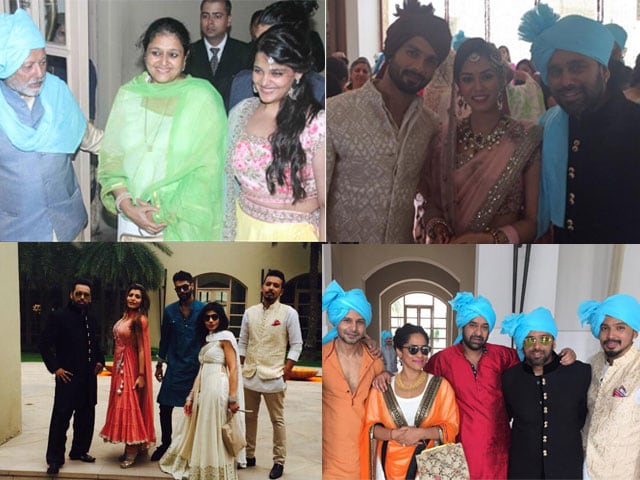 Image courtesy: Twitter, Instagram
What's next:
A reception in Mumbai's Palladium Hotel on July 12. Expect to see a large contingent from Bollywood.