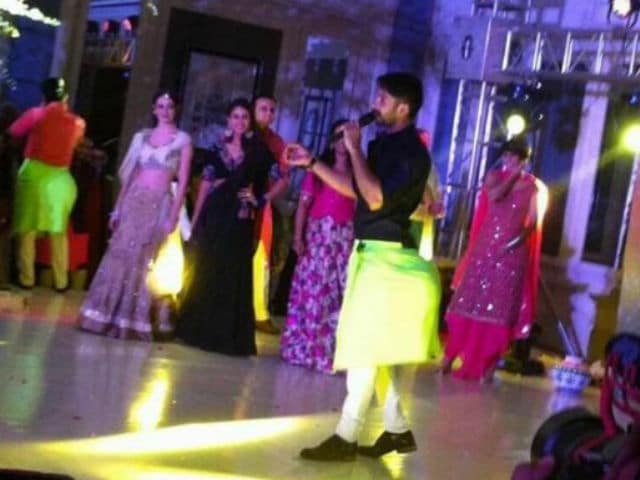 It was star studded sangeet for designer Masaba Gupta. Shahid, being the entertainer that he is, set the party mood and had everyone groove to his tunes. He danced with Alia and Masaba on Sari Ke Fall Sa from R...Rajkumar. Shahid's wife Mira Rajput also shook a leg with her husband

It was star studded sangeet for designer Masaba Gupta, who is engaged to Phantom Film's Madhu Mantena, in Mumbai on November 21. The sangeet ceremony, held a day after the mehendi function, was attended by Shahid Kapoor and his wife Mira Rajput, Kangana Ranaut, Alia Bhatt, Sonam and Rhea Kapoor, Anurag Kashyap and Vikaramaditya Motwane.
Shahid, being the entertainer that he is, set the party mood and had everyone groove to his tunes. The actor danced with Alia, Anushka and Akansha Ranjan and the bride-to-be on his hit track Sari Ke Fall Sa from R...Rajkumar at the party. (In Pics: Kangana, Alia, Mira Style Up Masaba's Sangeet)
Shahid's fan club shared a snippet from the performance on Instagram:

At Masaba&Madhu's Sangeet Ceremony. #MMShaadi The way Shahid is dancing tho! The only person I could recognize beside Shahid is Alia who is on Shahid's left side and I think the one in pink is Masaba.

Alia, who wore a Manish Malhotra lehenga-choli, had no difficulty matching steps with her Shaandaar co-star.
We also came across this picture from the sangeet which shows Shahid's wife Mira, dressed in an Anamika Khanna sari, dancing with her husband: 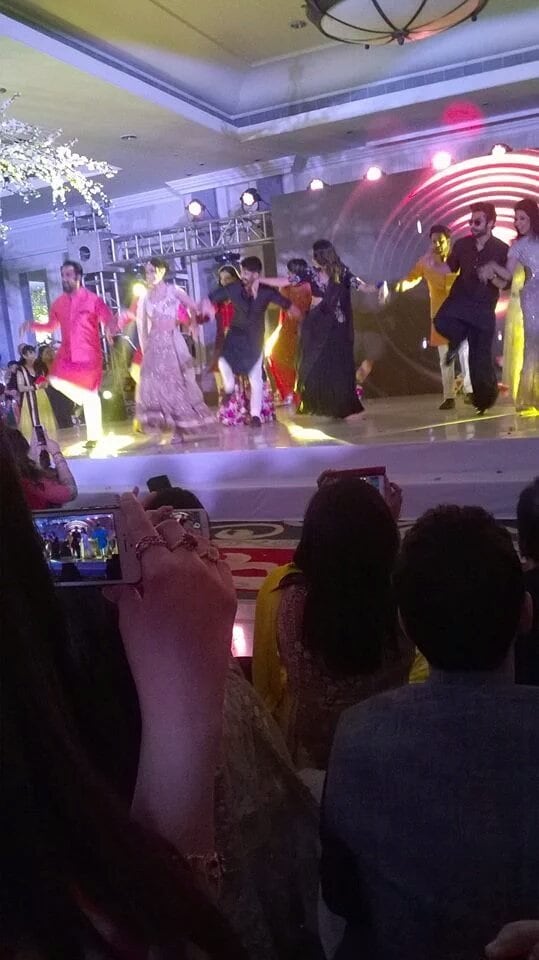 This image was posted on Twitter by @shahid_facts
Meanwhile, actress Kangana Ranaut made quite an impression at the do, dressed in Sabyasachi.

A photo posted by Sabyasachi Mukherjee (@sabyasachiofficial) on Nov 21, 2015 at 7:12pm PST

And they want to eat him.. Masaba the maintained Gupta and @riches25

With the @fuhsephantom girl gang