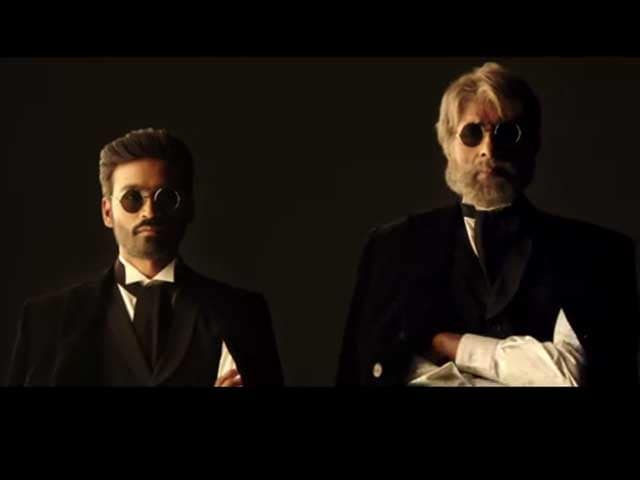 A still from the trailer of Shamitabh

The trailer of Shamitabh shows Amitabh Bachchan at loggerheads with Dhanush, a newcomer who rises to unprecedented fame in the film industry

The trailer of R Balki's much anticipated film Shamitabh shows Amitabh Bachchan and Dhanush constantly belittling each other in a healthy way. While Mr Bachchan looks like a veteran from the film industry in Shamitabh, Dhanush's journey from being a small town boy to a star is beautifully chronicled in the trailer.

Dhanush and Mr Bachchan are also seen in an identical outfit in the trailer.

Big B is seen in a rugged look, sporting a heavy beard and an unkempt hairstyle, in <i>Shamitabh</i>.

Dhanush and Akshara Haasan, who is set to make her Bollywood debut with Shamitabh, are seen romancing each other in the film.

The trailer ends with Amitabh Bachchan saying "It is not picture, it is mixture"

Shamitabh is set to release on February 6.