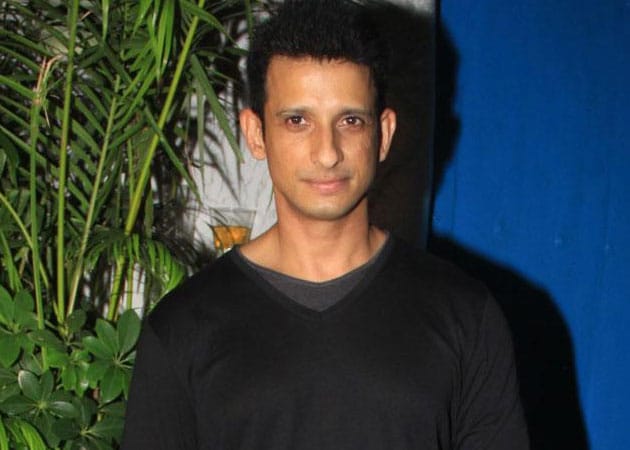 Sharman Joshi, who will be seen in War Chhod Na Yaar, marvels at the war comedy's director-writer Faraz Haider's vision and the amount of hard work he has put into the movie.

Actor Sharman Joshi, who will be seen in War Chhod Na Yaar, marvels at the war comedy's director-writer Faraz Haider's vision and the amount of hard work he has put into the movie.
Praising the debutant, Sharman says Haider has made a beautiful film.
"While shooting the film, he (Haider) was directing it like a veteran who would have already shot 10 films. I even asked him how you are able to direct the film with such ease? He said, 'I was writing the film for two years and during that period, I also visualised it'," Sharman said in an interview.
"So, I think in those two years his hard work on the film would have been equal to that of 10 years and that's why he has been able to make such a beautiful film," he added.
Before becoming an independent director, Haider had assisted director Dibakar Banerjee on Oye Lucky! Lucky Oye!.
War Chhod Na Yaar, India's first war comedy, also features actors Jaaved Jaaferi and Soha Ali Khan. While Soha plays a war reporter, Jaaved will be seen as a Captain in the Pakistani Army.
Jaaved feels an actor needs to respect a director irrespective of his experience.
"As an actor you have to understand that the person who comes to you, whether a newcomer or a veteran, you have to respect him as he is your director, your captain and he will mould you. He has written the story, he has a vision, he knows all his characters and identifies them and he knows how to mould the characters," Jaaved said.
"As an actor I can contribute to a level, like - we can do this, we can have this accent or I can keep my moustaches this way..," he added.
He added that due to a good interaction with the director, his character has come out very well. War Chhod Na Yaar is slated to release October 11 and the cast also includes Sanjay Mishra, Mukul Dev and Dalip Tahil.