Shatrughan Sinha on 'Gaalis for Taalis': Pran, Danny Denzongpa and I Never Cussed 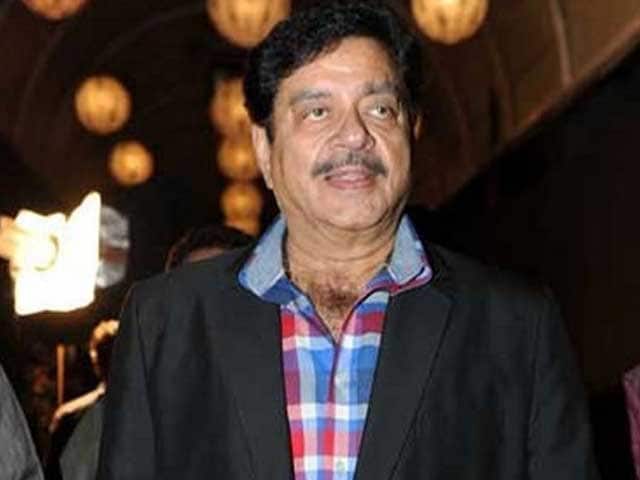 "I can't understand why we need to have 'gaalis' for the villain to get taalis. In my entire career as a villain, which lasted for a good ten years, I never used one expletive or one cuss word," Mr Sinha said

While CBFC chairman Pahlaj Nihalani is facing the ire of the film fraternity over his diktats regarding cuss words in movies, veteran actor and BJP leader Shatrughan Sinha wonders why use of abuses has become a trend in present-day cinema.

Mr Sinha, who memorably played the villain in many films in the 1970s, opposed the use of abusive language or violence against women - in movies or otherwise.

"I can't understand why we need to have 'gaalis' (abuses) for the villain to get taalis (applause). In my entire career as a villain, which lasted for a good ten years, I never used one expletive or one cuss word. I was very sure about my priorities," Mr Sinha said.

Bura banunga lekin bura nahin bolunga. Auraton ko kabhi zaleel nahin karunga (I would play a bad man, but I would not use bad words, and insult women)."

Mr Sinha also said he took a vow never to do a rape scene.

"It was after I did a rape sequence in a film called Paras. Do you know I was the villain in that film and yet I was nominated for the Best Supporting Actor? After this film I took a conscious decision to never do a rape scene again," he said.

The actor-politician remembers how, on many subsequent occasions, he was persuaded to do rape sequences, "but I was very firm about not doing anything that would insult women".

Shatrughan Sinha wonders why there is such an insistence on using four-letter words to portray evil.

"It isn't necessary at all. Pran sahab, Danny Denzongpa and I never had to resort to cheap language or behaviour to show evil. Let today's actors understand that being bad on screen has nothing to do with the number of abuses that you use on screen. You can induce evil without getting foul-tongued."