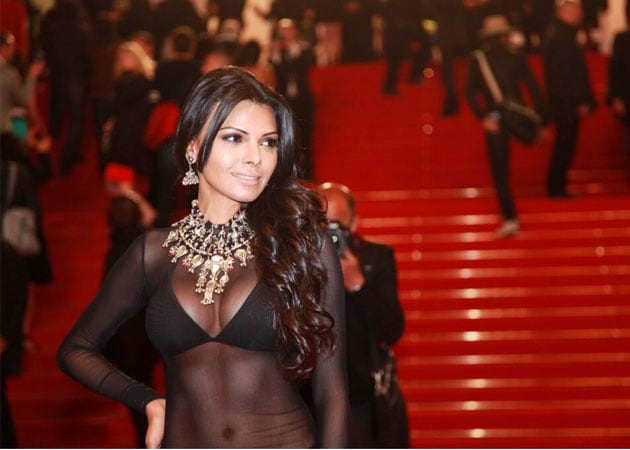 Actress Sherlyn Chopra, who posed for adult magazine Playboy last year, wore a transparent ensemble for a red carpet event at the 66th Cannes International Film Festival. She is there to promote her debut film Kamasutra 3D with the team.
Sherlyn took to the red carpet in what looks like a transparent black dress with a solid black brassiere to hide her modesty. A heavy Rajasthan-inspired neckpiece takes away a bit of the attention from the dress.
She posed before the screening of the movie The Blind Detective in Cannes on Sunday night.
Kamasutra 3D director Rupesh Paul says it was a "proud moment" for his movie's team to be at the Cannes fest, where India is the guest country this year.
The film's team is there since May 15, when the festival took off, to unveil the second trailer of their film. Before leaving for Cannes, Paul had told IANS that they will also be revealing the name of the Hollywood actress who will be the lead in the movie's sequel Kamasutra 4D, at the festival.