The article, which appeared in a daily, quotes the Shilpa Shetty, 41, as advocating that certain books be taught in schools. She listed the allegorical Animal Farm, thought to be a critique of Stalinism, with the Harry Potter books, the Lord of the Rings series and Little Women. "A book like Animal Farm can teach the little ones to love and care for animals," Shilpa, who has a four-year-old son, is quoted as saying 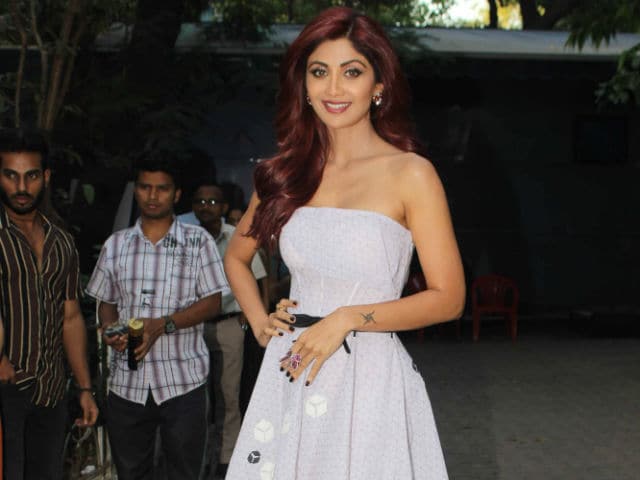 After being hilariously trolled on Twitter for saying George Orwell's Animal Farm could teach children to 'love and care for animals, actress Shilpa Shetty has admitted she has never read the book in question. The 41-year-old actress was ridiculed online all of Monday after someone posted a news item in which it was revealed that she thinks Animal Farm is children's fiction. The article, which appeared in a daily, quotes Shilpa as advocating that certain books be taught in schools. She listed the allegorical Animal Farm, thought to be a critique of Stalinism, with the Harry Potter books (newly included in the ICSE syllabus), the Lord of the Rings series and Little Women. "A book like Animal Farm can teach the little ones to love and care for animals," Shilpa, who has a four-year-old son, is quoted as saying. Animal Farm features a pig named Napoleon who ousts a rival pig and then hunts down and kills other animals he suspects of having conspired against him. God knows Napoleon's terrorized fellow animals could do with some love and care because there's precious little of it in in the dystopian world Orwell created.
In tweets, Shilpa confessed on Monday evening that she had read neither Orwell nor Tolkien nor even Rowling and dismissed the article as 'some misunderstanding.'


Whilst I admire the writers of LOTR, Harry Potter & Animal Farm I've "NEVER" read these books(@ the cost of soundin even dumber!)Not my kind

..So recommending them to kids is out of the question! Obviously some misunderstanding..Don't want to get into it.This too shall pass.

She also cited a lesson from her mother about being a celebrity:


So Mom says ,When you are a Celebrity "Never complain and Never Explain". Love must be unconditional.. mine stays

Shilpa's failure to have understood the political subtext of Animal Farm has resulted in an entertaining Twitter trend, certainly one of the most creative we've seen in a while. The hashtag #ShilpaShettyReviews trended on Monday, a collection of tweets on Shilpa's possible and absolutely literal summarisation of other famous novels, among them classics like Ayn Rand's The Fountainhead, Ray Bradbury's Farenheit 451, J D Salinger's Catcher In The Rye, Salman Rushdie's Midnight's Children, Harper Lee's To Kill A Mockingbird, Alice Walker's The Color Purple, Virginia Woolf's A Room Of One's Own, William Golding's Lord Of The Flies, John Steinbeck's The Grapes Of Wrath and Alan Moore's graphic novel Watchmen. Here are 10 of the best:


Today I'm gonna talk about "The Fountainhead" and it is about a fountain coming from a person's head. #ShilpaShettyReviews

Fahrenheit 451 is about how hot such temperatures are. #ShilpaShettyReviews

Children should read "Midnight's Children" to make them learn bad things which happen in night like, Children.#ShilpaShettyReviews

The Color Purple is a book that helps kids fall in love with the colour purple. #ShilpaShettyReviews

Children must read Watchmen to find out more about their building's security guards' llives. #ShilpaShettyReviews

All children should read A Room of One's Own so they can learn how to decorate it. #ShilpaShettyReviews

Read Grapes of Wrath to be aware of violent grapes #ShilpaShettyReviews

Lord of The Flies is about a ruthless fly overlord that forces his subjects to go mess with the humans. #ShilpaShettyReviews

Shilpa Shetty who is currently a judge on talent show Super Dancer.