Shilpa Shetty: Yoga Has Nothing to Do With Religion 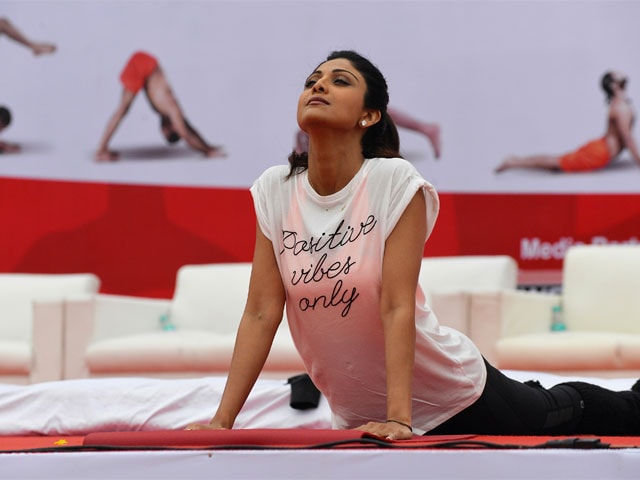 "I don't think it would have been declared as an international event if it had anything to do with religion. Yoga is a pure science," said the actress

Bollywood actress and fitness enthusiast Shilpa Shetty on Sunday said yoga had nothing to do with religion, but was 'pure science'.
"I don't think it would have been declared as an international event if it had anything to do with religion. Yoga is a pure science," she said at the International Yoga Day celebrations at Sree Kanteerava Stadium, organised by the state government here.
When asked about her favourite yoga posture, she said, "Each pose has a work on your body but there is no such thing as favourite. But I think all encompassing is the Surya Namaskar. When you do Surya Namaskar it works on every part of your body. You don't need to do anything after that," she said.
Shilpa also advised people to prefer yoga over workouts in gyms as the ancient science could be practiced free of cost.
"Yoga aligns your mind, your body, your soul, and if this happens, there is nothing in life that you cannot achieve," she said.
Shilpa also called upon people to inculcate yoga among children because they are the future.
She demonstrated her DVD on yoga to change the 'pre-conceived perception' that yoga was for old people.
"I felt that yoga was associated with old people and I wanted to change that pre-conceived perception. So, I did my yoga DVD. Today, I feel so happy when people tell me that it is so cool to do yoga."
The actress said it was a wonderful historic moment, for the country to focus on yoga which belonged to it.
"It is a wonderful historic moment. We are bringing our focus back which was always ours," she said.
"It is a wonderful opportunity to thank our Prime Minister Modi who has given yoga the importance and a huge platform," she added.