After Mr Neupane's allegations that Kriti was lifted from his own short film BOB, Mr Kunder has accused him of manipulating BOB's release date 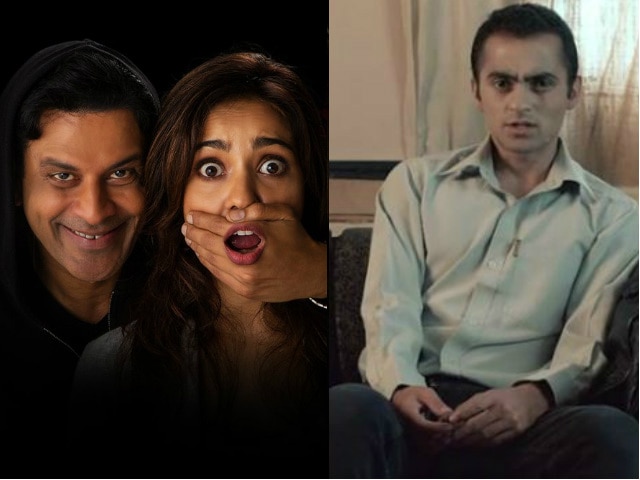 A poster of Kriti and a still from BOB.

Shirish Kunder and his short film Kriti are majorly on the offensive against Nepali filmmaker Aneel Neupane who has charged Mr Kunder with plagiarism.
After Mr Neupane's allegations that Kriti was lifted from his own short film BOB, Mr Kunder has accused him of manipulating BOB's release date.
In his original Facebook post alleging that Kriti had been copied, Aneel Neupane posted a seven-month old Vimeo link to BOB. On Friday, the producers of Kriti tweeted demos of how a video can be backdated on Vimeo.


Watch #Kriti (released on Jun 22) here; dated 5 months ago! This is how videos were manipulated https://t.co/nfUhIBKGbk#KritiExposesScam

Video of our live press conference held today (July 01, 2016), dated one year ago on Vimeo: https://t.co/CrVLLKitRS#KritiExposesScam

This led to the hashtag #KritiExposesScam trending on Twitter, although the film's producers provided no direct evidence that BOB had actually been backdated.

Now Kriti is definitely clean and everyone knows that. The movie is the first of its kind. #KritiExposesScam

am totally in support of @MuvizzOfficial in bringing the truth. #KritiExposesScam

Big Congratulations to the team of Kriti for unveiling the scam and winning the battle! You people nailed it #KritiExposesScam

Not everyone was on Shirish Kunder's side:


Another paid trend. Nepali director must be given credit. It was his idea and work. Kunder brings nothing but shame to us. #KritiExposesScam

What is to be expected from the maker Of Joker, stolen script and poster shame on kunder the bandar #KritiExposesScam

Mr Kunder told news agency PTI that his film had been prepped months in advance: "In July last year, we (Manoj and I) talked about the story idea. After finalising the dates and everything, we planned to shoot in February this year and then decided to release in June."
Actor Manoj Bajpayee, who stars in Kriti with Radhika Apte and Neha Sharma, also told PTI that the idea of the film came up last year: "In my long career no film has been accused of being a copy. It is so unfortunate that the entire idea came from a lunch party at Eid last year July. I told Shirish if he has any plans of making a short a film. He had a script but he said it was for a young character."
Mr Bajpayee also said that the plagiarism claim damages his own credibility: "We were talking. We weren't even making short films. He is known for full length feature films. It is hurtful for me because it was started from my side and now people are saying we stole the film. We are being called names on Twitter, people are abusing us on Facebook. You read his (Mr Neupane's) bio, he makes marriage videos. Nobody is listening to us. He played the card of being poor and many people went towards him. I was feeling sad that over the years the credibility I have built was of no use."
Both short films have been removed from YouTube on account of the copyright allegations. On Friday, it appeared that BOB had also been pulled down from Vimeo.
Shirish Kunder, who claims it is BOB that has been copied and not Kriti, sent Aneel Neupane a legal notice asking him to apologise some days ago. On Thursday, a statement released by Team Kriti's alleged that Mr Neupane has failed to respond to the legal notice: "We have asked the director of BOB to substantiate his allegations with facts. Not only has he failed to do that but has so far chosen to not even reply to our legal communication."