On Wednesday morning, the short film starring Radhika Apte and Manoj Bajpayee was revealed to have been removed from YouTube after being accused of plagiarism. Now, a Twitter user points out that the poster of the film also looks remarkably like that of 2015 Japanese film Gekijourei 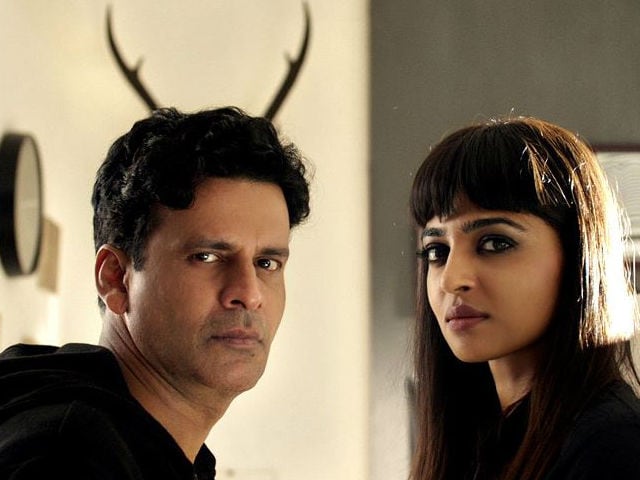 A still from the film Kriti. (Image courtesy: Shirish Kunder)

Shirish Kunder's embattled short film Kriti was the subject of a trending hashtag on Twitter - #KritiSeeksTruth - and a Twitter user pointed out that his film's poster is also inspired from 2015 Japanese film Gekijourei.
Shirish Kunder's response - to say that the idea had been 'borrowed' by many:

The posters similarity was tweeted among the several supportive comments in favour of the director and his cast.

On Wednesday morning, the short film starring Radhika Apte and Manoj Bajpayee was revealed to have been removed from YouTube after being accused of plagiarism.
The makers of Kriti on June 30 also released a statement which says they'll file a defamation suit against Nepali filmmaker Aneel Neupane, who alleges that the plot has been copied from his own short BOB, released seven months ago.
"A takedown on YouTube is not a proof of wrongdoing but only that the matter is being investigated<' the statement read.
#KritiSeeksTruth trended on Wednesday evening, prompting a debate over whether the film is really lifted. Some believed in Shirish Kunder:


#Kriti is not copied. People trying to take advantage of @ShirishKunder! #KritiSeeksTruth@BajpayeeManoj@radhika_apte@Officialneha

#KritiSeeksTruth Let truth be the judge of #Kriti. I stand by you @ShirishKunder and @BajpayeeManoj!


Click on #KritiSeeksTruth and you'll know what a paid trend looks like. Facepalm moment for Shirish Kaun?der.

#KritiSeeksTruth ; and the people who are saying this need medical treatment!!

On Tuesday, director Aneel Neupane tweeted that Kriti had been removed from YouTube:


Those who seek Kriti will find it removed. @ShirishKunder#KritiStoleBOB
Thank you all for the immense support. pic.twitter.com/VOY4N01OYB