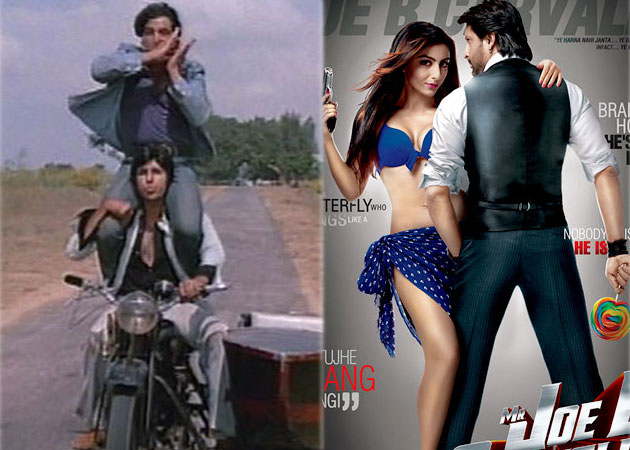 This year's new releases -- 3D version of 1975 epic movie Sholay and Arshad Warsi-starrer comedy Mr Joe B Carvalho -- received a lukewarm response from the audience.
"The response to Sholay 3D was alright. The occupancy was between 60 percent and 70 percent. There were people who turned up with their families and got nostalgic. They were happy to see it in 3D format," Gautam Dutta, COO, PVR Cinemas, told IANS.
Produced by Sascha Sippy, grandson of GP Sippy, who had financed the original, Sholay 3D hit 1000 screens.
The new version has been made on a budget of about Rs 22 crore, which includes restoration and conversion cost.
"It has collected around Rs 4.25 crore in India," said Rajesh Thadani of Multimedia Combines.
Mr Joe B Carvalho, produced by Bhola Ram Malviya and Shital Malviya, didn't do great business either.
The film, which also stars Soha Ali Khan and Jaaved Jaffrey, was made at a budget of Rs 10 crore and was released on 1,100 screens in the country.
"It must have not earned more than Rs 2 crore in the country. Maybe, the fact that it wasn't released in South India its business was affected," said Thadani.
Dutta says the occupancy was between 65 percent and 70 percent for the Samir Tiwari directed fun film.
"Big movies like Dhoom:3 had around 90 percent occupancy on most of the days. Mr Joe B Carvalho had between 65 percent and 70 percent, so it did fine," added Dutta.