"It's such a big-hearted thing to do. He's very selfless. He has that sensibility to let people reach their maximum. And I think that's a really nice way of thinking and being," said Shraddha Kapoor 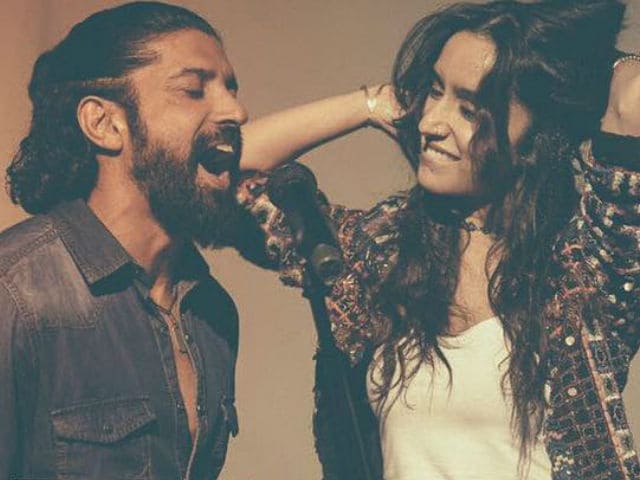 Shraddha Kapoor says she looks up to her Rock On 2 co-star Farhan Akhtar for being so versatile. The 29-year-old actress feels that the multi-hyphenate star knows how to bring out the best in others.
"I really admire him for being so multitalented but aside from that he is a really amazing person, which I think is the biggest quality of them all. He encourages everyone around to reach their best potential," Shraddha told PTI.
"It's such a big-hearted thing to do. He's very selfless. He has that sensibility to let people reach their maximum. And I think that's a really nice way of thinking and being," she said.

Shraddha, who is a new addition to the sequel to the 2008 hit Rock On!!, says she was a little anxious while working with Farhan as he is so good at what he does.
"I was nervous on sets as he's absolutely brilliant at what he does. But at the same time I was hoping that I could be my best around him. Also, I'm always nervous before any film and I hope that people feel like I fit well into the band. I hope that they really enjoy the film and the story we are trying to tell," she said.

The actress, meanwhile, is looking forward to her next releases, which include OK Jaanu, Half Girlfriend and Haseena: The Queen of Mumbai.
Of how it was working on a remake of veteran director Mani Ratnam's film, Shraddha said, "It's great to be in that film. Mani sir made its Tamil version and we're in the Hindi film, which is being directed by Shaad (Ali). It's fantastic because the story is about these two characters. Also I'm coming back with Aditya (Roy Kapoor), which is just great."
The Ek Villain Actress will share screen space with her brother Siddhant Kapoor in Apoorva Lakhia's Haseena: The Queen of Mumbai and she is excited about it. "I'm really looking forward to it. It's very exciting to play an on screen sibling when we're actually real life siblings. We're very close to each other," she said.