"There is no hurry, and she's not a risk-taker. Unlike me, Shraddha has got a rich father, so she can take it easy," said Shraddha Kapoor 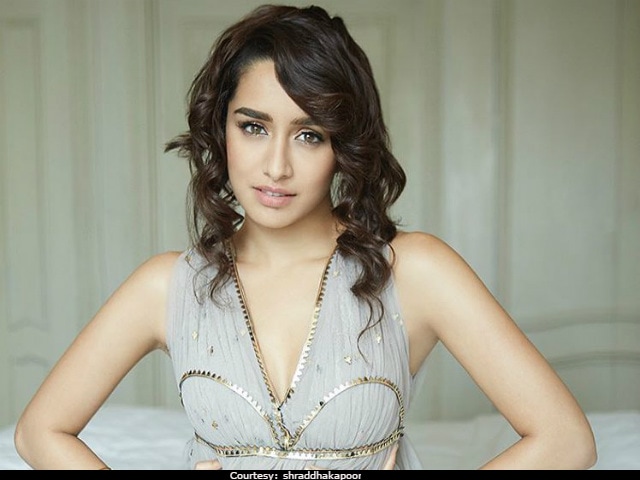 Actress Shraddha Kapoor starred in her maiden Bollywood film with megastar Amitabh Bachchan and Oscar-winner Sir Ben Kingsley with a minor role in 2010's Teen Patti. She played her first major role in Luv Ka The End and her breakthrough film was Aashiqui 2. Shraddha then starred in films like Ek Villain, Haider and Baaghi. The 29-year-old actor kicked off 2017 with OK Jaanu, which fared moderately at the box office. Shraddha's 2016 musical drama Rock On 2 suffered the aftermath of Prime Minister Narendra Modi's currency ban and tanked at the theatres. Talking about her career choices, Shraddha's father, actor Shakti Kapoor said that she "has the world at her feet" and "her career is very happening," reported DNA. Mr Kapoor also quipped that Shraddha can afford to relax between films as the daughter of a "rich father." "There is no hurry, and she's not a risk-taker. Unlike me, Shraddha has got a rich father (laughs), so she can take it easy," DNA quoted Shakti Kapoor as saying.
Shakti Kapoor also mentioned in his interview to DNA that Shraddha is not a "risk-taker" and prefers her own good time to zero in on her projects.
"Shraddha is an amazing kid and has the world at her feet. She has been handling her movies for a while now on her own, along with help from Shivangi, and the mother-daughter team is very good. I have my own life to lead, my work and films and I cannot manage her career. Though I am always there for my children, and they come to me for advice. Her career is very happening and she has been approached for some amazing films, but she takes her own time to sign them. There is no hurry, and she's not a risk-taker. Unlike me, Shraddha has got a rich father (laughs), so she can take it easy," Mr Kapoor told DNA.
When asked about reports stating that Shraddha plans to change her Team, Shakti Kapoor told DNA: "We are not changing anybody in her team. I have no clue where this news is coming from. Her manager and the agency she is signed up with are doing a good job. In fact, I introduced Shraddha to her current manager. We are very happy with their work. She is one of their oldest clients and joined them before Aashiqui 2 and she is working with almost 12-13 brands now. More than Alia Bhatt. She is doing phenomenal work, why would we want to replace them? Shraddha is shooting for Haseena so she has no idea about this news doing the rounds."
Shraddha Kapoor co-starred with Aditya Roy Kapur in OK Jaanu, which is a Hindi remake of Mani Ratnam's Tamil hit OK Kanmani. Shraddha is currently busy with Half Girlfriend, starring Arjun Kapoor. She also stars in the titular role in Haseena: The Queen of Mumbai. She will share screen space with her brother Siddhanth in the biopic on underworld don Dawood Ibrahim's sister Haseena.