Shraddha Kapoor is Both 'Nervous and Excited' About Haseena Biopic

"I am very excited and nervous because I've been thinking if I have to do a scene with my brother, I've to forget that he is my 'bhaiya'," said Shraddha Kapoor 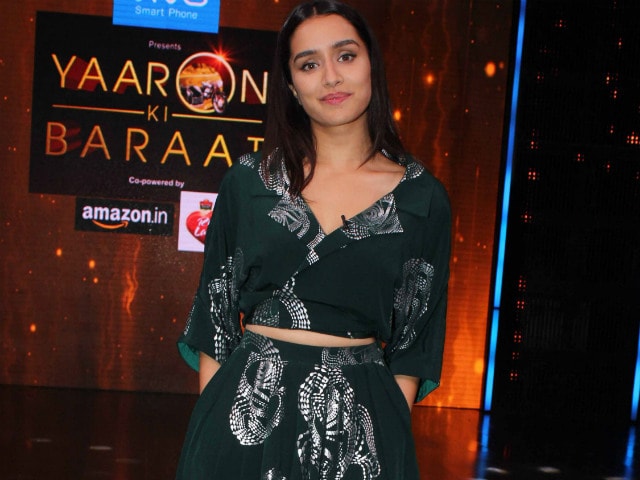 Shraddha Kapoor will be seen sharing screen space with her brother Siddhanth in the upcoming biopic Haseena and the actress is a bundle of nerves even before filming.
The film is a biopic on underworld don Dawood Ibrahim's sister Haseena. The Baaghi star will be seen in the titular role in Haseena: The Queen of Mumbaiwhile her brother will be seen as Dawood.
"I am very excited and nervous because I've been thinking if I have to do a scene with him, I've to forget that he is my 'bhaiya'. He is the character in the film who is also my brother," she said in an interview.
"But ultimately I think it'll help that we are brothers and sisters. I hope that bond translates on screen," she added.
The film is directed by Apoorva Lakhia. Sonakshi Sinha was initially roped in for the biopic but the actress dropped out of the project.
Shraddha, 29, says her brother has already started shooting for the film and she will join him soon.
"I've not started shooting with him as yet but he started a schedule. I'll be joining soon. I think this is the first time ever that a real life brother sister have come on screen as reel life brother sister," she said.
The film will chronicle the journey of Haseena from teenage to the time when she is 40-year-old. Shraddha meanwhile, will be next seen in Rock On 2.
Also starring Arjun Rampal, Prachi Desai, Purab Kohli and Shashank Arora, the film will arrive in theatres on November 11. It has been helmed by debutante Shujat Saudagar.