Shraddha Kapoor is Totally Rocking On This Magazine Cover

Shraddha generally opts for chic, casual and comfy looks for her outings and during film promotions, but for magazine shoots, it's a new Shraddha Kapoor altogether 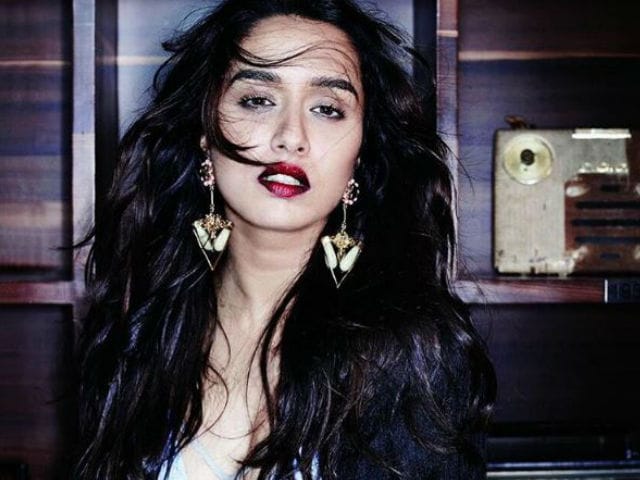 This image was posted on Instagram by Shraddha Kapoor

Like W.O.W.
Actress Shraddha Kapoor caught our attention with this picture from a photoshoot, in which she sports an afro. She shared on Instagram:

This look, with a slight variation, was chosen for the cover of Grazia magazine too:

Shraddha generally opts for chic, casual and comfy looks for her outings and during film promotions, but for magazine shoots, it's a new Shraddha Kapoor altogether.


Yesterday I fell during a shoot - hence the band aids... In pain but it's all good!!! Congratulations to all the girls who won the competition & thank you @veetindia for taking me to Bali! #GirlsOnTheGo @shaanmu @amitthakur26 @jahanviparekh17 @tanghavri

Nice, but not as good as these:


Filmfare Shot by the amazing @abheetgidwani styled by the awesomely talented @shaleenanathani & make up & hair by the superb @shraddha.naik & @amitthakur26

Third time with @bazaarindia & had a great time shooting yet again! This time around with the awesome @nuno.pix & of course my rockstar @edwardlalrempuia & reunited with one of the loveliest ladies @nonitakalra!

Shraddha Kapoor, 27, made her debut in 2010 film Teen Patti but her breakthrough film was 2013's Aashiqui 2. Her upcoming projects are Rock On 2, OK Jaanu and Half Girlfriend.