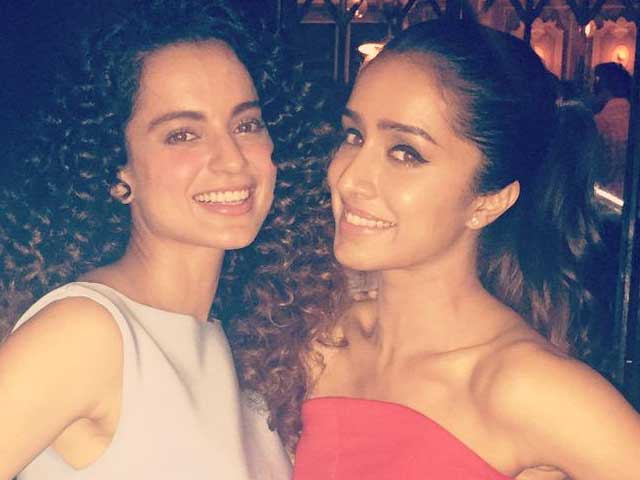 This image was posted on Twitter by Shraddha Kapoor

Actress Shraddha Kapoor rubbed shoulders with Shah Rukh Khan and Priyanka Chopra at filmmaker Sanjay Leela Bhansali's party on January 27, but it was Queen star Kangana Ranaut who had Shraddha fan-girling on Twitter.

Shraddha was thrilled to be able to tell Kangana in person how much she admired her performance in Queen. She tweeted:

So happy I could tell her how much I loved her performance.Afterall,the biggest award you can get is from your fans;) pic.twitter.com/d1C6rKogEv

Kangana's performance has ensured her a place in every Best Actress nominee list so far. She famously doesn't attend award shows but, as Shraddha pointed out, has been awarded many times over by the praise she has received from critics and fans alike.

Did I mention that I absolutely LOVED Kangana in Queen?Pure talent personified.Looking forward to her upcoming films!

Not so long ago, Bollywood celebrities would sooner have died than publicly praise a colleague/rival. Times, it seems, are changing - even in a world as fickle as showbiz.