Shraddha Kapoor Will Sing 'All Her Songs' in Rock On 2!!

Shraddha Kapoor previously turned playback singer for her songs in Ek Villain, Haider and ABCD 2. Rock On 2!! features Farhan Akhtar, Arjun Rampal, Prachi Desai and Purab Kohli, who are reprising their role from Rock On!! 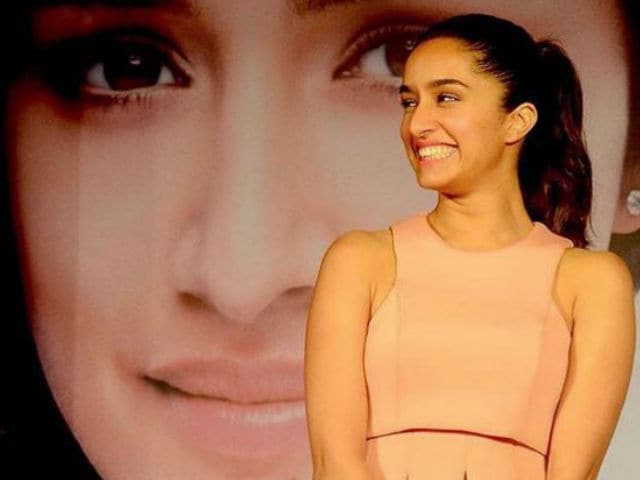 This image was posted on Instagram by Shraddha Kapoor

We know Shraddha Kapoor can sing because of her hit songs from Ek Villain, Haider and ABCD 2, and now, the actress said that in her upcoming film Rock On 2!! she will sing all her songs.
The 27-year-old actress has joined the sequel of music drama film Rock On!!, which features Farhan Akhtar, Arjun Rampal, Prachi Desai and Purab Kohli, who all starred in the original film. (Also Read: Is Rock On 2!! a New Story? Farhan Akhtar Will Tell You)
During a chat session with fans on Twitter, Shraddha was asked if she will sing in Rock On 2!!, and the actress replied:


Yes will be singing all my songs for #RockOn2https://t.co/xwZPLzuiUf

Rock on 2!! is directed by Shujaat Saudagar.
The Ek Villain actress also revealed that she wants to work with actors Ranveer Singh and Ranbir Kapoor in future projects.


@ShraddhaKapoor which actor you want to work with in future? #AskShraddha

Shraddha will be next seen opposite Tiger Shroff in Baaghi. Apart from that Shraddha has also signed up for OK Jaanu with Aditya Roy Kapur and Mohit Suri's Half Girlfriend. (Also Read: Shraddha, Aditya's OK Jaanu is 'Totally Different' From Aashiqui 2)


@ShraddhaKapoor which r ur upcoming films after bhaagi??? #AskShraddha