Shweta Rohira, Yami Gautam Were at the Same Event. Here's What Happened

"Yes, Yami broke my marriage. I have finally come out of my illusion; so many people cannot lie. Everything was fine between us until one person came in between," Shweta Rohira said recently 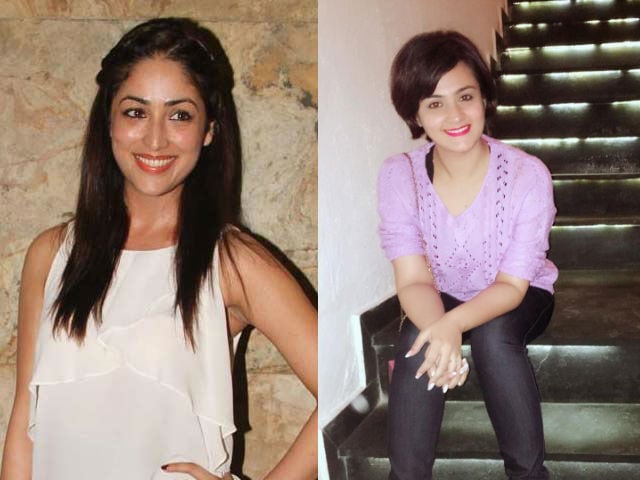 Image on the right was posted on Instagram by shwetarohira.

The elephant in the room at a screening of Dishoom last week was the presence of both Shweta Rohira, who is estranged from actor Pulkit Samrat, and Yami Gautam, rumoured to now be dating him.
Drama was avoided at what could have been an awkward and uncomfortable confrontation, reports mid-day.
"At a recent event, Shweta and Yami were invited and they did arrive almost at the same time. The situation was going to be difficult for organisers but Shweta just looked away and walked ahead," a source told mid-day.
Ms Gautam, 27, also apparently gave Ms Rohira a wide berth. "Yami too did not pay too much attention and decided to continue speaking to other guests. Therefore the organisers were relieved that they did not have to face awkward situation as the rest of the event went well as per the plan," said mid-day's source.
Shweta Rohira and Pulkit Samrat, 32, separated last year amid reports that the Fukrey actor was dating Ms Gautam, his co-star from the films Sanam Re and Junooniyat.
Ms Rohira also told mid-day recently that she blamed Yami Gautam for the disintegration of her marriage. "Yes, Yami broke my marriage. I have finally come out of my illusion; so many people cannot lie. Everything was fine between us until one person came in between," she said.
Pulkit Samrat has denied that Ms Gautam is involved. "Yami is a nice girl. It is foolish to hold someone else responsible for my relationship's failure and make that thing overshadow the hard work that the person is doing," he told news agency PTI in February.
"If there is something that has worked for me or has not worked for me in my personal life, then it is because I was at fault somewhere and may be the other person was at fault. There can never be a third person affecting the two of us," he told PTI, adding that he 'mistook' Ms Rohira for his soulmate.
Shweta Rohira, who is Salman Khan's rakhi sister, was at the Khan family's Eid party last month at the same time as Mr Samrat.. They reportedly ignored each other.
Meanwhile, Yami Gautam is busy filming Kaabil with Hrithik Roshan, which is scheduled to release on January 26, 2017.