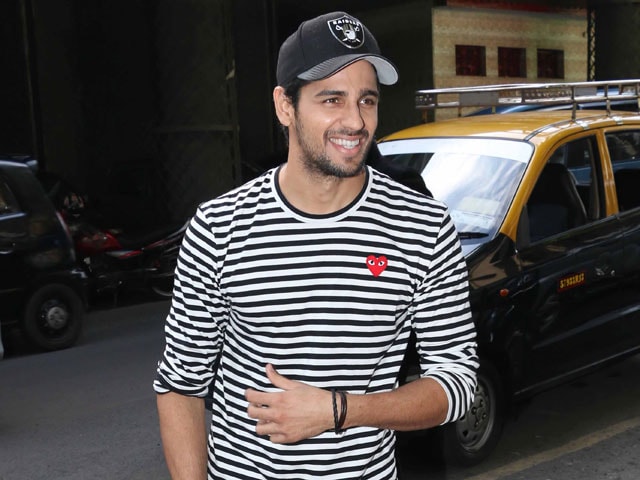 "During the time of Raj Kapoor, I think portrayal of women in cinema was confident and bold and it was not seen as cheap and sleazy. Their beauty was admired. Actresses like Zeenat Aman used to wear bikini and they looked elegant," Sidharth Malhotra said

On the occasion of Women's Day, Bollywood's young brigade says that filmmakers should offer 'meaty roles' to actresses.
Actor Sidharth Malhotra says earlier actresses used to have promising roles, but in between there was a lull and that he is happy to see things changing again.
"During the time of Raj Kapoor, I think portrayal of women in cinema was confident and bold and it was not seen as cheap and sleazy. Their beauty was admired. Actresses like Zeenat Aman used to wear bikini and they looked elegant," Sidharth told PTI.
"In the 90s it went down. I am too junior to comment on these stages. But today we have women-empowering scripts. Films like Queen, Piku and Neerja speak volumes. It's fantastic that these films are doing well," he said.
The Ek Villain star feels filmmakers should continue to make women-centric films.
"I think change has happened. We are encouraging women oriented scripts. Today audience can watch and enjoy heroines being projected alone on screen for two hours. We just need to continue with the flow," Sidharth said.
Actor Suraj Pancholi says actresses are the heroes as they carry a film on their shoulders and are even grabbing eyeballs for their work.
"I think earlier women were portrayed in an elegant way, today they are bold and beautiful. We have films like Mary Kom and Neerja that are doing well commercially. Today women are the heroes," he said.
Actor Tiger Shroff is of the opinion that the change in portrayal of women on screen today is good thing.
"We have lot of interesting and strong subjects in films with women playing the central part. There is a sense of equality that has come today which is great. I hope this trend continues," he says.
However, their colleague Alia Bhatt says one should not categorise films as 'women-centric' or male-centric.
"The portrayal of women is fine right now. Women are getting lot of important things to do in films. There are a lot of films centred around them. It should remain this way," she said.
"I think one shouldn't distinguish between male and female-centric films. It should no longer be a shock that women-oriented films are now made again. Women should be an important part of films," she added.
(This story has not been edited by NDTV staff and is auto-generated from a syndicated feed.)