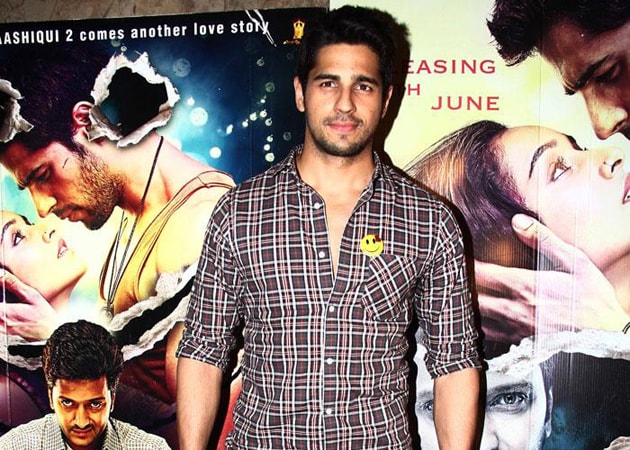 Actor Sidharth Malhotra is keen to get a first-hand account of the reactions of the audience to his latest Bollywood release Ek Villain. He has been visiting cinema halls here to do so.
The film, which released on June 26, also features Shraddha Kapoor and Riteish Deshmukh.
Sidharth's idea is to gather unbiased reactions and he is liking the experience. (Also Read: Ek Villain Movie Review)
"I have been visiting theaters to catch first-hand audience reaction. It was wonderful and a unique experience," he said.
The Student Of The Year actor was nervous before the film's release especially because in Ek Villain, he is not seen in his usual romantic hero garb that the audience is used to seeing him in. He is instead seen playing a character with grey shades with hard-core action sequences involving him.