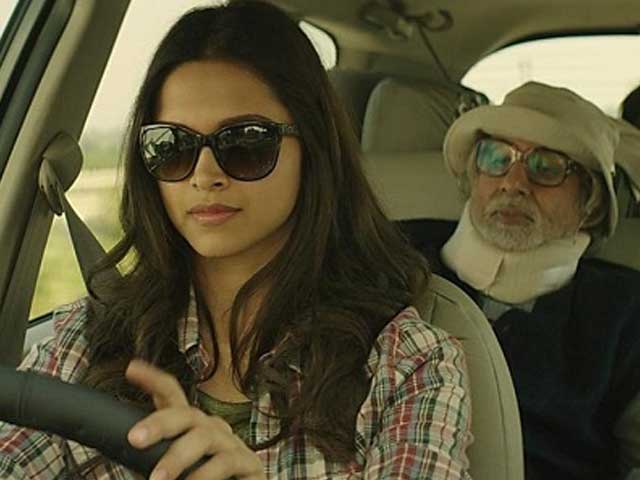 A still from Piku

"Filmmaking is an expensive job and the makers perhaps want to make sure that more people watch their creation," Deepika Padukone told NDTV

Smile, Bollywood, it looks like your empty coffers may slowly be filling up. Director Shoojit Sircar's Piku started out slowly on Friday but a 'phenomenal' weekend has seen collections of over Rs 25 crores in three days. Piku, the tale of a Bengali father and daughter, stars Amitabh Bachchan, Deepika Padukone and Irrfan Khan.
Trade analyst Taran Adarsh tweeted:

Actor Akshay Kumar's Gabbar Is Back, which ended Bollywood's dry spell, continued to rack up numbers in its second week:

Meanwhile, Hollywood's Avengers: Age of Ultron is still ahead with Rs 72 crores plus in its third week:

The Piku graph follows a reverse trajectory from the average Bollywood hit where the first day or first two days bring in the biggest earnings. The Piku story has been about Sunday. As director Anubhav Sinha puts it:


I am told PIKU's collections have gone through the roof today. So there is Cinema beyond Fridays.

For Piku, business has perhaps been less about the stars in its cast - and what formidable stars they are - and more about reviews and word-of-mouth praise of the performances by its actors, the writing by Juhi Chaturvedi and Shoojit Sircar's work at the helm. In what is a fledgling trend in Bollywood, Piku was promoted minimally. In fact, Amitabh Bachchan made no appearances in aid of publicity at all.
"I hope that's how it is one day when content is king and we don't really have to go ahead and promote the film. But filmmaking is an expensive job and the makers perhaps want to make sure that more people watch their creation," Deepika Padukone told NDTV.
The last film to cash in at the box office without having publicity expenses shrinking its profit margin was Dum Laga Ke Haisha, produced by Yash Raj Films and starring Ayushmann Khurrana and debutante Bhumi Pednekar. "Ayushmann wasn't among hits and it was Bhumi's first film. We didn't have much to play with before release but we knew we had made a good film," says director Sharat Katariya.
Like Piku, Dum Laga Ke Haisha was also a late bloomer at the box office but went on to make a lifetime collection of Rs 31 crores, a superhit for the producers considering it was made on a shoestring budget.
Bollywood, already outpaced by Hollywood's Furious 7 and Avengers: Age of Ultron may still need its 300 crore films but it's the regular hits that will count when the profitability of 2015 is totaled up.