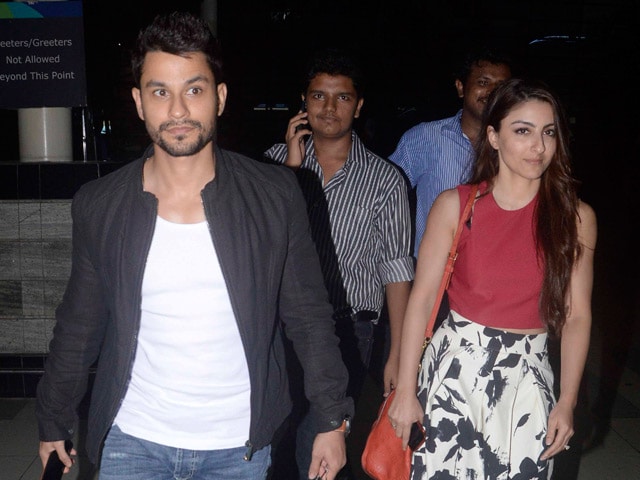 "You have to figure out your way. There is no one proper recipe," said Kunal khemu

The concept of live-in worked to their relationship but now married Bollywood actor-couple Soha Ali Khan and Kunal Khemu are not sure if it will work as well for others and they feel people should figure out their own way rather than copying anyone.
"We don't endorse live-in relationship for people, but it has worked wonderfully well for both of us before we got married to each other," they told PTI in an interview.
Kunal said live-in relationship helped him know and understand Soha better, but people should chart out their own course of life.
"Live-in relationship helped me to know and understand my partner better, which eventually helped my marriage with Soha," he said, adding, "But having said that you have to figure out your way. There is no one proper recipe. Everybody has ups and downs, and everybody should figure their way out."
The 32-year-old Go Goa Gone actor said living in a city like Mumbai is beneficial for live-in partners because here people have much broader and independent views.
"If we live in a city like Mumbai, it does benefit us a little more because people have more broader and independent views," he said.
Soha and Kumal were in Bengaluru for an event organised by Helios, the premium watch retail chain by Titan Company.
When asked when live-in relationship had helped both of them know each other better, then what made them get married earlier this year, Soha said that they got married to keep their parents happy.