Soha Ali Khan: I became an actor against my parents' will 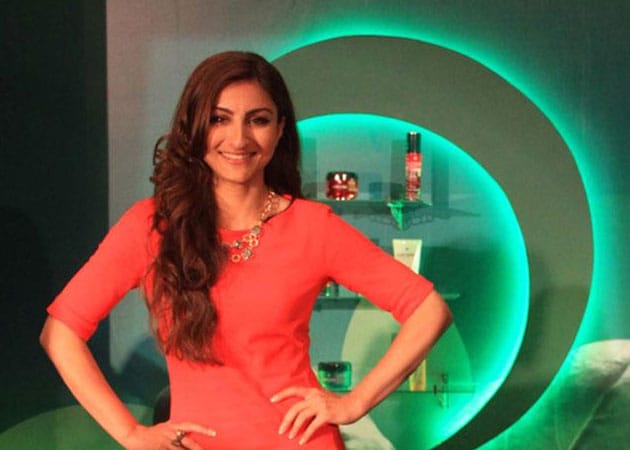 Soha says her decision to become an actor came as her shock to brother Saif also.

Soha Ali Khan, daughter of veteran actress Sharmila Tagore and late cricketer Mansoor Ali Khan Pataudi, says when she decided to become an actress at the age of 25, it was against her parents' will.

Soha Ali Khan, daughter of veteran actress Sharmila Tagore and late cricketer Mansoor Ali Khan Pataudi, says when she decided to become an actress at the age of 25, it was against her parents' will.
The decision also came as a shock to her actor brother actor Saif Ali Khan.
"When I was 25, I went against my parent's will and my brother was terrified," Soha, now 34, said here while interacting with students at "Follow Your Heart" campaign Friday.
"He said, 'Parents will now blame me because you came and lived with me in Mumbai, you had a perfectly decent job in a bank and it's my influence. And you better explain to them that it is your choice!' Which I did," she added.
Soha, a graduate from the Oxford University and who holds a master's degree from the London School of Economics and Political Science, forayed into filmdom in 2004.
She admits that though she never aspired to become an actress and follow in the footsteps of her mother and brother, her love for theatre and acting forced her to leave a cushy job and enter filmdom.
"I didn't think that I wanted to be an actor and actually I really wanted to do something different. I thought if I would become an actor, everyone would compare me to my brother and mother and say that she chose the easy way. (But) I couldn't help myself, I loved theatre, I loved acting," said Soha, who made her debut with Dil Maange More opposite Shahid Kapoor.
"Everytime I would cry, I would run to the mirror and watch myself cry like an actor's scene from the film. So I thought there is a part of me that wants to do it. I tried till I was 25 not to do it, and I said I am going to do something different," she added.
Soha was appreciated for her performance in her last release, Saheb Biwi Aur Gangster Returns . The actress will next be seen in war comedy War Chod Na Yar and Chaarfutiya Chhokare.