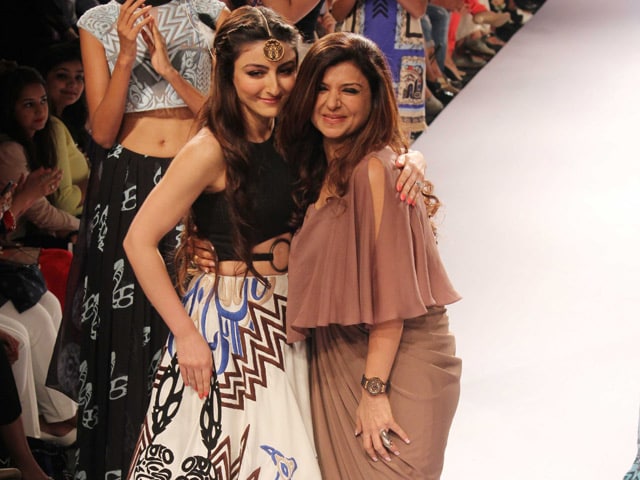 Actress Soha Ali Khan has rubbished reports of a backstage tantrum at the Lakme Fashion Week on March 20, where she was walking the ramp for designer Babita Malkani.
In a statement, Soha said, "I am surprised to see the story a Mumbai tabloid has carried with respect to LFW. I and the designer Babita Malkani have known each other for a while and we respect each other's work hence we decided to come together for Babita's Summer Resort Collection. There were absolutely no such issues as reported by the tabloid and anyone who has worked with me will know I wouldn't know how to throw a tantrum. Not only did I spend quality time with Babita backstage but I waited for almost two hours post the show giving interviews and having a nice time with the team. I'm intrigued by the article knowing it to be fully baseless - why would someone make these things up? Bizarre."
A tabloid report quoted a source saying that the actress was upset because there was allegedly no car sent to pick her up or room booked for her at the venue. The source also said Soha threatened to pull out of the show because she thought the outfit she was to model did not fit well.
Designer Babita Malkani also resleased a statement which said, "I and Soha Ali Khan, who has been a good friend for a while now, were a bit shocked to see a certain negative story appear titled "Throwing Hissy Fits" as it made no sense at all. We also fail to understand that inspite of speaking to me and Soha - who both shared with the journalist that no such thing happened and it was a fragment of her imagination completely."
On March 20, Soha Ali Khan sashayed down the ramp in an edgy printed skirt and a black cropped top for Babita Malkani. Soha married actor Kunal Khemu in January and is currently filming Ghayal Returns with Sunny Deol. 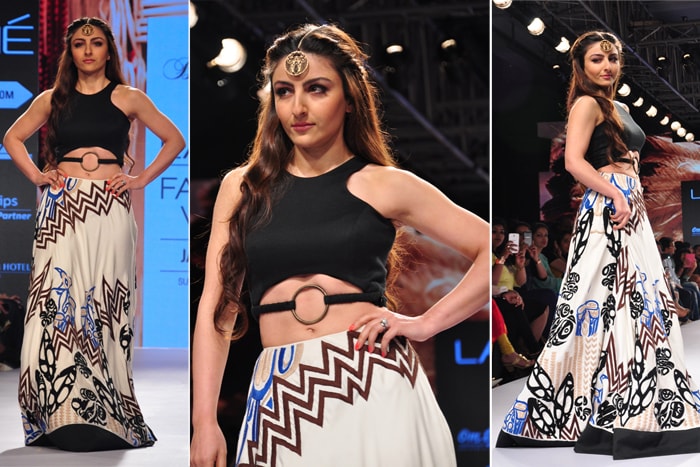