Soha Ali Khan: Saif advises me to get married at 40 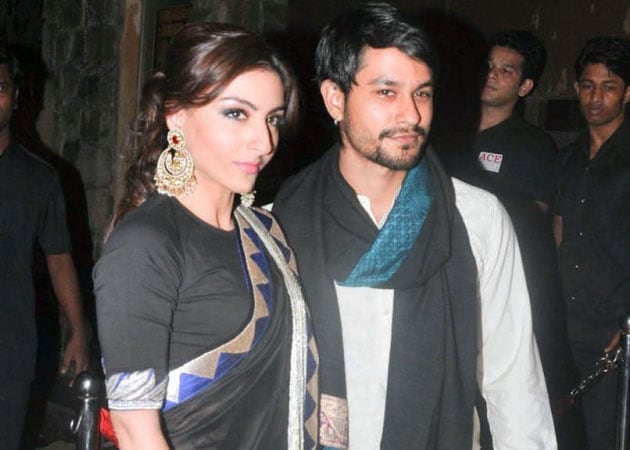 Soha Ali Khan is in a relationship with actor Kunal Khemu

Soha Ali Khan, who has been in a relationship with actor Kunal Khemu from quite a some time, says though her mother keeps asking her to settle down, brother Saif advises to take the plunge at the age of 40.

Actress Soha Ali Khan, who has been in a relationship with actor Kunal Khemu from quite a some time, says though her mother keeps asking her to settle down, brother Saif advises to take the plunge at the age of 40.
Soha and Kunal recently moved into a new house and are living together but it seems marriage is not on cards yet.
"My mother tells me every day I should get married and if I would have gone by her way then by now I should have had 20 children. She tells me all the time get married, get married but now she has resigned, she is tired, fed up of telling and is like do whatever you want," Soha said.
On the other hand, brother Saif feels people should get married at 40.
"He says marriage is very serious commitment and you are genuinely not ready for it until you are 40. He advised me to do it. When my mother called him and told him to talk to us why we are not getting married this is what he told her," she said.
At 42, Saif, son of former Indian cricket captain Mansoor Ali Khan Pataudi and actress Sharmila Tagore, sealed his five year relationship with Kareena last year through a registered marriage.
The 34-year-old actress says Kunal is her support system and is a happy-go-lucky person.
"He is genuinely a happy person and he makes me laugh, I know when I am feeling low, he will be able to get me out of it, which is important. I think he gives good professional advice and he is an affectionate person," she said.
"It is nice to have someone who is loving, kind and has a healthy sense of humour. He is quite a muscle guy.. So you feel secure. There was a burglary and he did catch the burglar I was like its cool," she added.
Soha bonds quite well with Kunal's family and feels very comfortable with them.
"They are lovely and very warm people. They are warm, accepting... Even the whole live-in situation that we have decided to do... Normally families won't celebrate this but they are supportive. I feel they are like my family. His father has so much knowledge and is well read, he has worked in theatre, films and there is lot to learn from him. He has great sense of humor," Soha said.
"And Kunal's mother just loves to feed you with so much food. We had lunch and dinner with them on Saturday.. I make sure Kunal sits next to me so that I can slip things one after the other in his plate," she quipped.