"Well, my mother said 'Why are you marrying an actor, it's going to complicate your life.' I happen to fall in love with an actor and it comes with certain advantages and disadvantages," said Soha Ali Khan 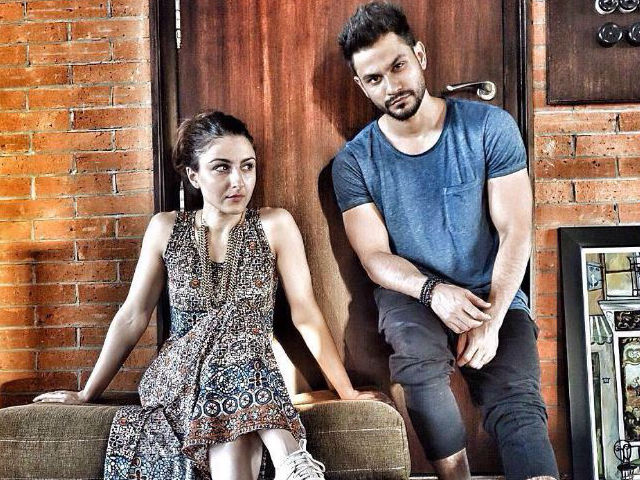 This image was posted on Instagram by Soha Ali Khan

Actress Soha Ali Khan, who is married to actor Kunal Khemu, said that falling in love with an actor is not an easy task as it comes with "certain advantages and disadvantages."
Soha and Kunal got engaged in July 2014 in Paris and married in Mumbai in January 2015. Earlier this year, the couple shot down divorce rumours with Soha giving out a message that the bond between them is "solid."
The actress also shared that her mother and veteran actress Sharmila Tagore questioned her decision to get married to an actor saying that it will complicate her life.
"Well, my mother said 'Why are you marrying an actor, it's going to complicate your life.' I happen to fall in love with an actor and it comes with certain advantages and disadvantages," Soha said in a statement.
She went on to explain and said: "The advantages of course are they are very sympathetic to the fact that you travel a lot, that you work late nights and that you have to pretend to fall in love regularly with people on screen. The disadvantages are that they do the same thing, which can be frustrating."
Soha, whose last big screen appearance was in Ghayal Once Again, in which she featured alongside actor Sunny Deol, also said that "romancing" onscreen has a role to play in it.
She said: "And of course the romance part which I'm quite like okay with, but still it's always strange. I think to think about, you know yourself, but you don't feel like that when you are romancing someone onscreen, you know how clinical it is, how unromantic it is."
Soha opened up about her marriage, parents and career on the second episode of the fourth season of The Tara Sharma show, hosted by actress Tara Sharma.
(Except for the headline, this story has not been edited by NDTV staff and is published from a syndicated feed.)