Sonakshi Says She Will Always Look Up To Father Shatrughan Sinha 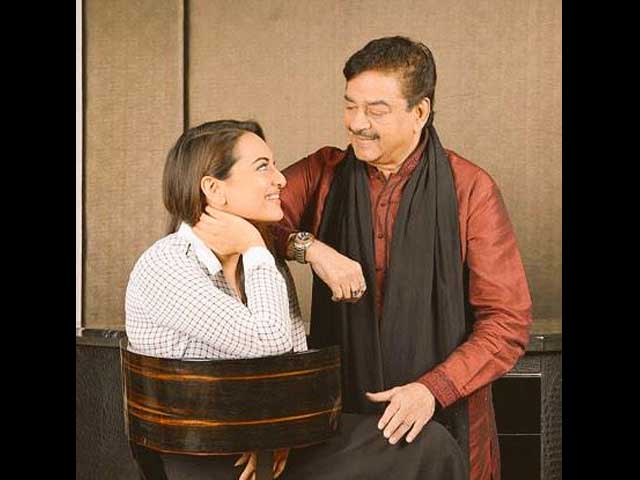 This image was posted on Twitter by Sonakshi Sinha

On father Shatrughan Sinha's 69th birthday, Sonakshi said that he is her idol

On Shatrughan Sinha's 69th birthday on Tuesday, his daughter, actress Sonakshi Sinha wished the actor-turned-politician, saying that he is her idol.

Happy B'day to the man i will always look up to, n whos "sona baby" i will be forever love u popsy @ShatruganSinhapic.twitter.com/RYG5XOFjVK

Sonakshi, who gave a "dhamakedaar" birthday present last year in the form of R... Rajkumar to her father, also posted a photograph with him.

Singer Mika Singh also wished him calling him a "legend".