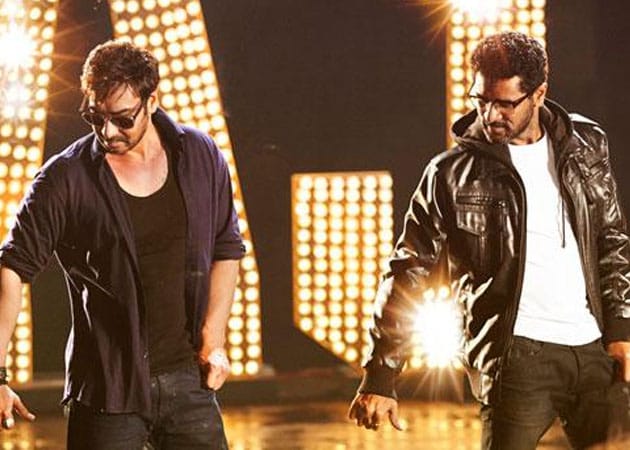 Ajay Devgn, who usually shies away from dancing, had no escape in Action Jackson

Rumour has it that though Action Jackson has made way for Holiday, it's actually Singham 2 that caused the delay

Sonakshi Sinha will no longer be competing against herself at the box office this June. Director Prabhu Deva has confirmed that the release of his next project Action Jackson, co-starring Ajay Devgn, has been postponed and will now not clash with Sonakshi's other film Holiday, opposite Akshay Kumar. A new release date for Action Jackson, which also features Yami Gautam and Kunaal Roy Kapur, has not been made available. (Also read: Prabhu makes Ajay dance to his tune)
Prabhu Deva recently said," We haven't decided yet (about the release date). We are in no hurry to release. I have completed 80 per cent of the shooting. I am currently working on the post production of the film and the script for my next with Akshay Kumar."
However, rumour has it that though Action Jackson has made way for Holiday, it's actually Singham 2 that caused the delay.
Singham 2 also stars Ajay Devgn, reprising his role as super cop Bajirao Singham in the sequel to the original Rohit Shetty-directed blockbuster, and Ajay is believed to have asked Prabhu Deva to push back his film so as to create space between the two action movies.
Singham 2 hits the screens on August 15 and reports suggest that Action Jackson may release as late as 2015.
Action Jackson will be Ajay's first film with Prabhu Deva and Sonakshi's third after Rowdy Rathore and R...Rajkumar.
Watch: