Sonakshi Sinha: Katrina's Wax Statue Very Nice, Hope I Get One Too 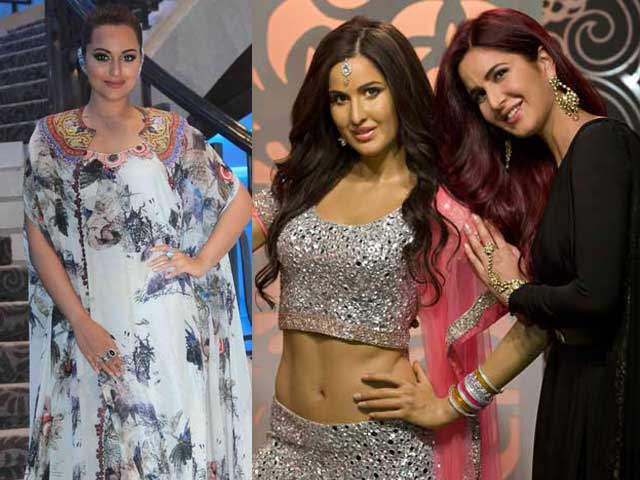 Sonakshi is set to share the screen space with her father for the first time in AR Murugadoss' Akira.

Bollywood actress Sonakshi Sinha is glad that her colleague Katrina Kaif got her wax statue at the UK's prestigious Madamme Tussauds.

Sonakshi, 27, complimented Katrina's wax figure, and said she hopes to get one for her too in future.

"I found Katrina's wax statue very nice. It is a great deal for any actor, who has sustained in the industry for a particular number of years, to reach there. This milestone is achieved after working for a long time.

"I am glad for Katrina that she has been able to make it to Madamme Tussauds. I hope I also get a statue there," Sonakshi told reporters.

The Dabbang actress shared her excitement for walking the ramp for the first time with her father Shatrughan Sinha for a fashion show by actress Shabana Azmi.

Sonakshi said the actor-politician is a "nervous" about his ramp debut.

"I am very excited for that but I feel my dad is a little bit nervous that for the first time in his life he will be walking the ramp. He is a tad bit nervous but he will not show it. I am sure it will turn out really well. I am very happy that I will share the ramp-walking space with him," the actress said.

The Lootera star is also set to share the screen space with her father for the first time in AR Murugadoss' Akira.

The actress is undergoing physical training for her role in the movie.

"I have been training hard and being innovative. Learning something new for a film is cool and a fun thing and very very exciting. I am just going with the flow. I am enjoying what I am learning and trying to do my best," she said.