Sonakshi Sinha: Take Risks, You Never Know What Clicks With The Audience

"If there is any time to take risk, it is now with films, filmmaking and characters, because we never know what clicks with the audience. And every time you give them something different, they accept it and lap it up," says Sonakshi 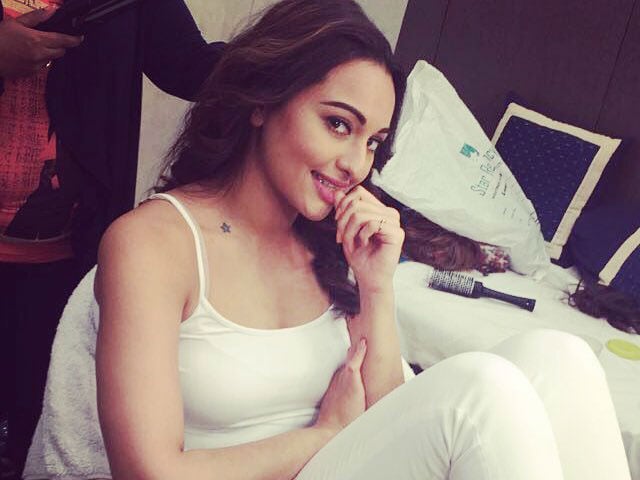 This image was posted on Instagram by Sonakshi Sinha

Sonakshi Sinha, who feels the lines of gender divide in Bollywood are fast fading, says this is a great time for female actors to take risks with new characters and stories.
From Sonakshi - who was recently seen in an action film Akira - to Alia Bhatt, Shraddha Kapoor, Deepika Padukone to Anushka Sharma, Bollywood's women brigade is seen exploring new cinematic zones with each of their projects.

"If there is any time to take risk, it is now with films, filmmaking and characters, because we never know what clicks with the audience. And every time you give them something different, they accept it and lap it up," Sonakshi told IANS.
The 29-year-old actress feels the gender scale of the industry will find a balance soon.
"It is a very good time to be a girl in the industry because they are making characters for women. Roles keeping women in mind, and scripts are being written for women. So, I feel that way it is definitely on a rise," she said.

Many would think that Sonakshi - daughter of actor-turned-politician Shatrughan Sinha and Poonam Sinha - had it easy in the entertainment world considering her "star kid" tag. But considering how she was body-shamed, it hasn't been an easy ride.
However, she always let her work speak for her talent, starting from her debut film Dabangg to subsequent hits like Rowdy Rathore, Lootera and Holiday: A Soldier Is Never Off Duty.

The actress will next be doing some heavy duty action scenes as a RAW agent in Force 2, and then will be seen as a journalist in Noor.
Sonakshi says the fact that the projects are diverse, gives her professional satisfaction.
"I feel there has been a visible shift in the kind of films being made, with challenging roles. So, I feel there is a lot to choose from. Honestly, I made a promise to myself that Akira onwards, I only want to do roles that challenge me in one way or another," she said, adding that "whether it is Akira or Force 2 or Noor, they all challenge me in some way or the other."

There is one thing that bothers Sonakshi, and that is the extra attention given to any film with a female actress in an action role.
"When a hero does anything, then nobody really questions it. But when you put a woman in his place, you have to explain why she is doing the action. It is wrong. I feel this kind of mindset needs to be changed. In today's age, where women are doing everything - be it going to outer space or winning medals at the Olympics, I don't think we should do this. I think the mindset should change and people should approach it differently," said Sonakshi.
(Except for the headline, this story has not been edited by NDTV staff and is published from a syndicated feed.)