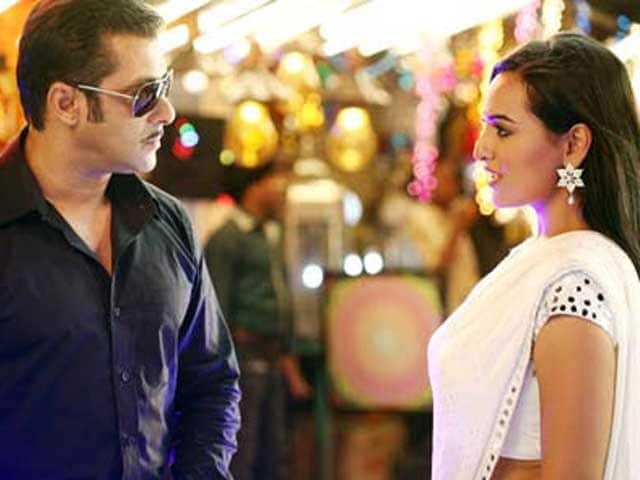 Salman and Sonakshi in a still from Dabangg

Sonakshi, whose debut in the 2010 blockbuster made her a star overnight, thanked Salman and his brother Arbaaz in a separate tweet. Dabangg owes much of its success to Salman's dialoguebaazi as rough and tough cop Chulbul Pandey but as village belle Rajjo, Sonakshi Sinha got one of the film's best remembered lines: "Thappad se darr nahi lagta saab, pyaar se lagta hai

Salman Khan's breakout movie Maine Pyar Kiya clocked 25 years last December so it's unlikely that Dabangg's fifth birthday, which is today, will send him into paroxysms of delight. For his heroine Sonakshi Sinha, though, it's a fairly big deal, as she explains in this tweet: (Also Read: Don't Try Sonakshi Sinha's Thappad Dialogue at Home. Here's Why)


10 sept - 5 yrs since Dabangg... Which means 5 years of Sonakshi! I am because of u, thank u for sharing this amazing journey with me

Sonakshi, whose debut in the 2010 blockbuster made her a star overnight, thanked Salman and his brother Arbaaz, who produced as well as acted, in a separate tweet:


Dabangg to Force 2.. Owe it all to @BeingSalmanKhan and @arbaazSkhan! Thank u for showing me the way

Sonakshi reprised her role as Rajjo in 2012 sequel Dabangg 2 and there is also talk of a third film.
The five-year anniversary is being celebrated by fans with a Twitter trend. Salman, meanwhile, has made no comment thus far (5 years vs 25, remember?).