Sonakshi has been sharing frame-worthy pictures on social media from her holiday in Seychelles. Sonakshi's vacation in the East African archipelago is all about the sun, sea and lush mountains 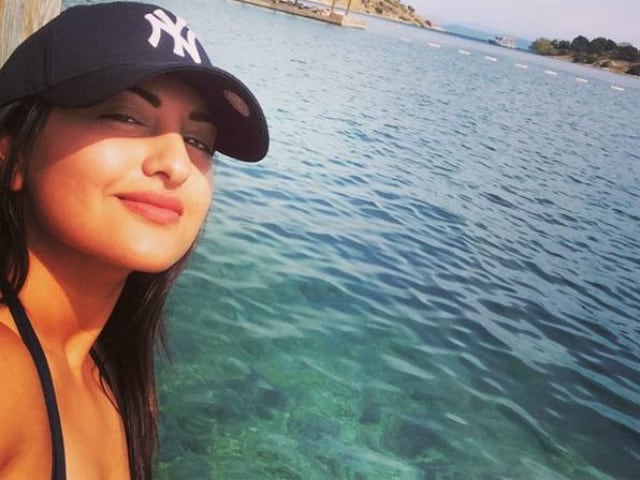 Pack your bags and leave. That's exactly what Sonakshi Sinha did and the photo results are marvellous, both for her followers on social media and her.
Sonakshi has been sharing frame-worthy pictures on social media from her holiday in Seychelles. It appears that Sonakshi's vacation in the East African archipelago is all about the sun, sea and the lush mountains.
From asli Sona to Scuba Sona:

Sonakshi starred in a group photograph with her travel crew:


With the wonderful cabin crew of @airseychelles_hm! Havent left yet and im already looking forward to flying back to this paradise soon with u guys! Thanks #seychelles #airseychelles

She embraced her Monday blues:

This is how Sonakshi made a boho-chic style statement:


Waiting for the boat to come pick me up! Time for some snorkeling! @jaresorts #enchantedislandresort #seychelles #sonastravels

Sonakshi merged with the shades of blue:


Well hello paradise!! Finally made it to the stunning @jaresorts at #seychelles! Cant wait to get into that clear blue water!!! #JAResorts #EnchantedIslandResort #sonastravels

Sonakshi Sinha, 29, was last seen in A R Murugadoss' action-thriller Akira and has Abhinay Deo's Force 2 and Noor in the pipeline. Sonakshi will co-star with John Abraham in the Force sequel and will feature as a journalist in Noor.