"No, I can't do alcohol. I'm literally curled up in my bed with a book by 10 in the night almost every other day," said Sonam Kapoor 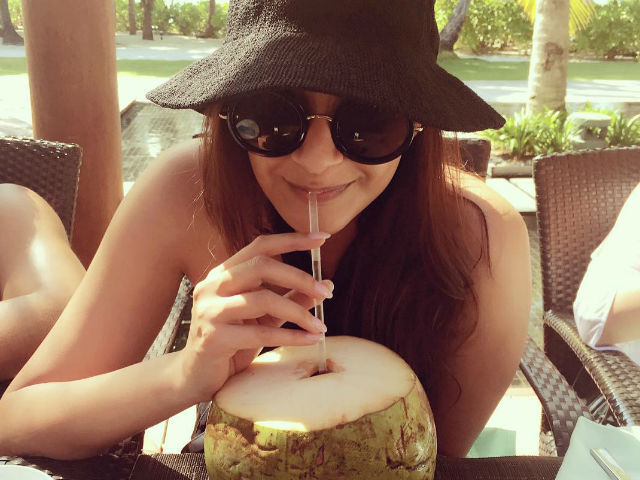 This image was posted on Instagram by Sonam Kapoor

Actress Sonam Kapoor recently revealed that despite belonging to the world of glamour she avoids parties and added that alcohol is a big no for her.
In a recent interview with Huffington Post, while speaking about having a controversy-free life, she said, "I have never dated anybody from the industry, never had a scandalous affair with someone, I avoid parties and I cannot touch alcohol."
"No, I can't do alcohol. I'm literally curled up in my bed with a book by 10 in the night almost every other day," she added.

Sonam owes her scandal-free career to her bodyguard and publicist. She said, "I cannot imagine life without them, we've been with each other since I started out as an actor. They know everything. And they're good at controlling it because very rarely does something about my personal life come out in the papers."
After getting critical acclaim for her performance in Ram Madhvani's Neerja, the 31-year-old actress will start working on her sister Rhea Kapoor's film Veere Di Wedding, which will also feature Kareena Kapoor Khan and Swara Bhaskar.
(This story has not been edited by NDTV staff and is auto-generated from a syndicated feed.)