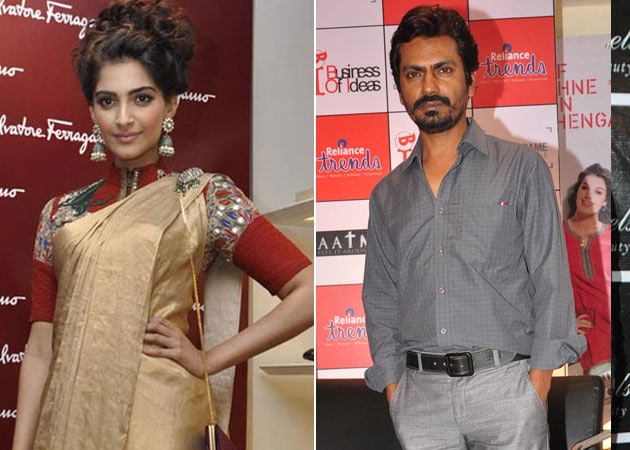 Sonam Kapoor is impressed by Nawazuddin?s performance in Bombay Talkies.

Actress Sonam Kapoor, whose latest film Raanjhanaa has set the cash registers ringing, now wants something as challenging as Nawazuddin Siddiqui's role in Bombay Talkies.
"I recently watched Bombay Talkies and Dibakar Banerjee's film in that is my favourite among the four (stories). The way the story was conveyed and it was performed so beautifully, I thought it must be so challenging for an actor to do something like that," the 28-year-old said.
"I love a challenge, so it would be great if I could do something like that," she added.
Bombay Talkies is an amalgamation of four short films by Karan Johar, Zoya Akhtar, Anurag Kashyap and Banerjee.
Nawazuddin, who hails from Uttar Pradesh, had to learn a bit of Marathi for his part for the film. He attended workshops to perfect his accent.