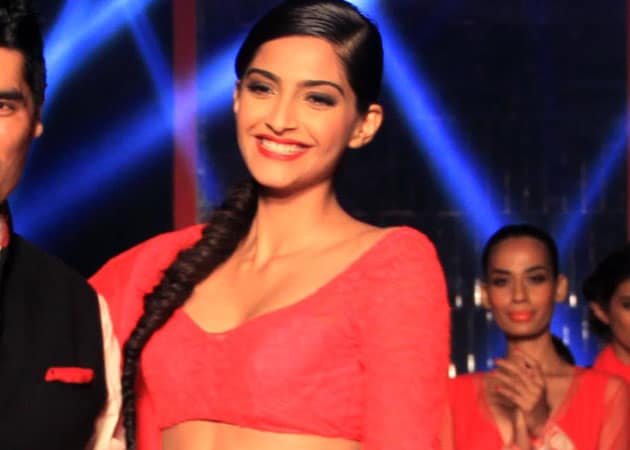 Bollywood actress Sonam Kapoor, who will be representing India at the 66th Cannes International Film Festival, feels Indian cinema is unique because of its emotional content.

Bollywood actress Sonam Kapoor, who will be representing India at the 66th Cannes International Film Festival, feels Indian cinema is unique because of its emotional content.
The Rs 122 billion Indian film industry, touted as one of the largest in the world, turned 100 this year and it churns out over 1,000 films every year.
"I think our cinema has a lot of emotion. Even now when there is world cinema, we have our own identity. I love the fact that there is so much song and drama. I feel that we bring the emotional content to world cinema," Sonam said on Monday at a press conference to unveil six iconic Bollywood looks for the Cannes film festival here.
Coming from a family well-rooted in the film industry, Sonam added centenary celebration of Indian cinema is a special occasion for her.
"My family has been there in the film industry for years. My grandfather (Surinder Kapoor) was an assistant director in Mughal-E-Azam and then got into production. My dad (Anil Kapoor) has been there for so long. We are proud to be a part of the industry," said the 27-year-old whose uncle Boney Kapoor is a well-known filmmaker and he is married to actress Sridevi.
"My celebration was when I got a chance to interview Waheeda Rehman. She is my icon and I feel she represents Indian cinema," added the actress who worked with her in 2009 film Delhi-6.